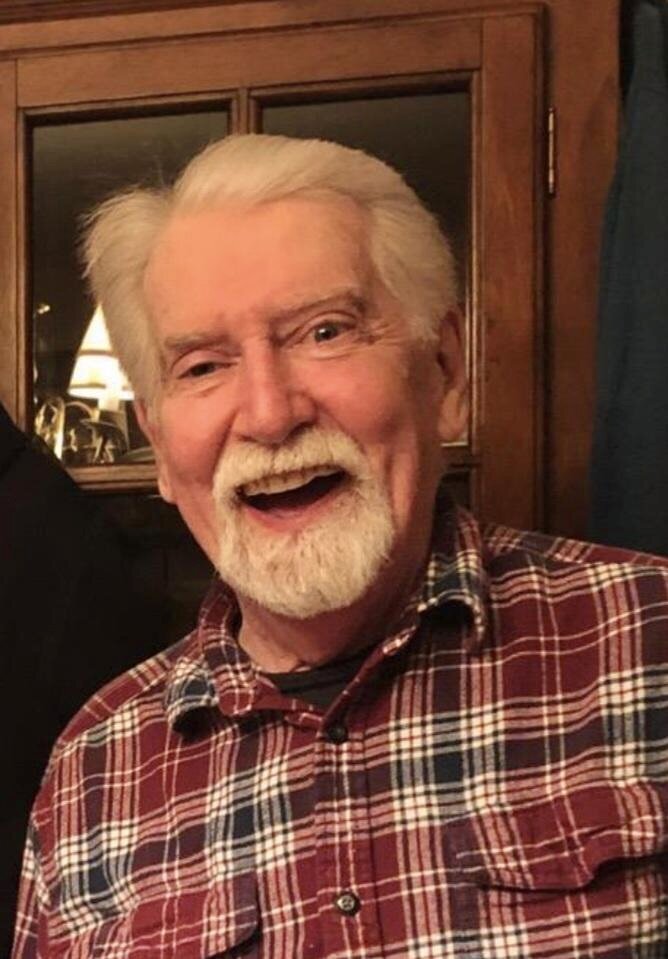 Please share a memory of David G. to include in a keepsake book for family and friends.
View Tribute Book

David G. Bowen, 81 of Pembroke, Massachusetts, passed away unexpectedly, but quietly, in his sleep on the morning of November 16, 2022.

David was born on December 31, 1940, in Jacksonville, Florida to James H. and Margaret M. (Butler) Bowen. After fleeing Florida (as he told the story), David was raised in the Mission Hill neighborhood of Boston.   David attended the Martin School of Boston, graduating in 1956.  Following his education, he found employment with the United Electric Controls Company, where he worked as a machinist and later as the lead carpenter.  He loved his work and his co-workers and worked for UEC for forty-five years, before retiring in 2006.

It was at UEC where he crossed paths with his beautiful wife of 58 years Gina.  David and Gina married in the April of 1964.  They went on to have two children, Donna and Lisa. Following the purchase of their family home in Pembroke in 1975, David began working a second job. First cleaning the shop at UEC after hours and later maintaining the grounds of Camp Mishannock in Kingston, working for the Sisters of Divine Providence.

David became a grandfather for the first time in 1989 to a grandson.  You could not get him to stop smiling boasting and bragging.  From that moment forward he was known by all as Papa. David’s life got fuller when Lisa began having children as well.  His Florida grandchildren were little rays of sunshine.  His happiness came from watching his family grow.

In 1995 David and Gina permitted Donna to construct a second story addition to their family home.  The addition housed Donna and her family.  Having his four grandsons living within his home was the absolute highlight of his life.  You could not get him to stop talking about something they were doing or what they would be doing next.  He enjoyed the chaos that came with a full house and his grandsons grew up better for living with their Papa. Papa was so awesome at being a Papa that the number of Grandchildren grew…close friends became family, it started with Ryan and Seamus, then there was Amanda and Brian, then came along Brett and then Amy.  There were so many more, the list much too long to mention, but these “picked” grandchildren became his as well, just as the Grandchildren Donna and Lisa gave him. When he needed a break, he was able to escape to his basement workshop and fabricate many items that are still in his home today. If he wasn’t found in his wood shop, he could be found chipping golf balls in his back yard, watching and/or collecting movies or spending time with his siblings and friends.

David is survived by his wife Gina Bowen, daughters Donna and Michael Galandzi and Lisa Raupach.  His grandchildren SFC David and his wife Stephanie Lally, Joseph and Patrick Lally, Ashley Driscoll, Stephen, James and Cristian Galandzi, Tatrianna, Richard and Melissa Rudolph,  and Cheyenne Tolbert.  His great grandchildren Ava, Joseph and Blake Lally and Malari Rudolph.  He is also survived by his brother Thomas Bowen.  David is predeceased by his Grandson Jonathan Lally, his son-in-law Kevin Driscoll and seven siblings.

Visiting hours for David will be held on Tuesday, November 22nd from 4:00 to 8:00 p.m. at the Shepherd Funeral Home, 216 Main St. Kingston.  A Funeral Mass will be held Wednesday, November 23rd at 10:00 a.m. as St. Thecla’s Church in Pembroke followed by a Burial at the Pembroke Center Cemetery.

A Memorial Tree was planted for David G.
We are deeply sorry for your loss ~ the staff at Shepherd Funeral & Cremation Service - Kingston
Join in honoring their life - plant a memorial tree
Online Memory & Photo Sharing Event
Online Event
About this Event

Share Your Memory of
David G.
Upload Your Memory View All Memories
Be the first to upload a memory!
Share A Memory
Send Flowers
Plant a Tree