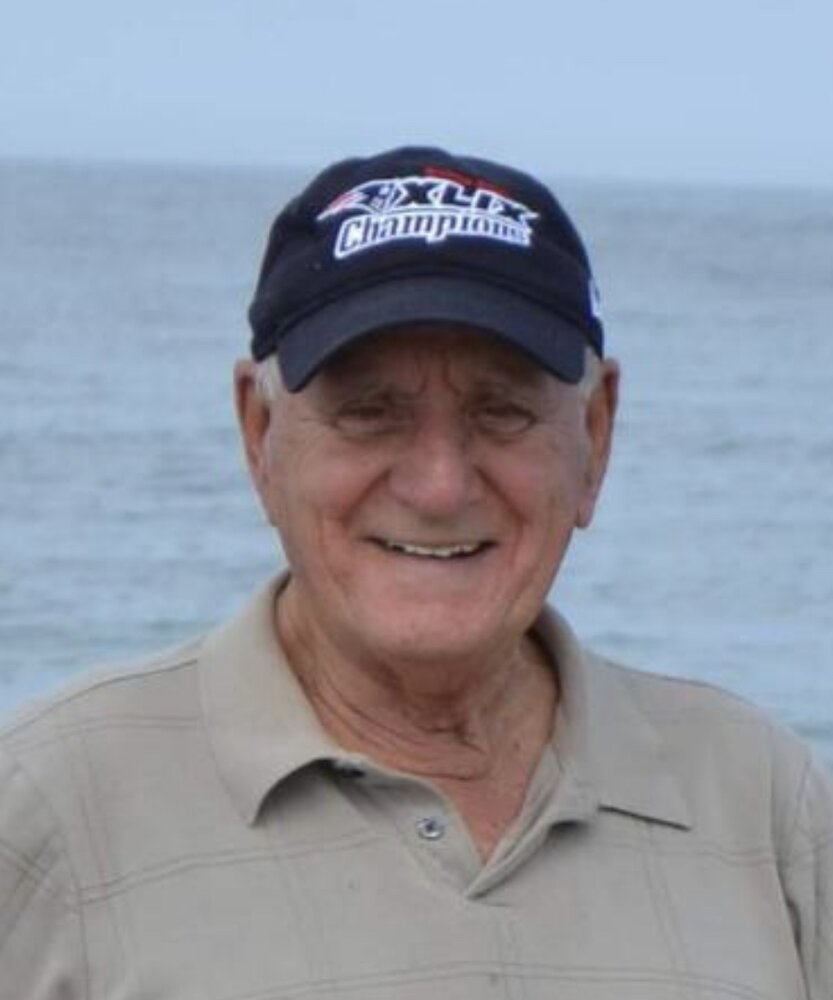 Robert J. DeCosta Sr. passed away Sunday, January 9, 2022 after a brief illness. He was born on February 24, 1931 in Boston MA.  He was the son of Olive (Burns) DeCosta and John DeCosta. Bob grew up with his brothers and sisters in the South End of Boston and loved to tell stories about the colorful people and crazy experiences he encountered growing up in the city. Bob worked in the US Postal Service for thirty-five years and was the Postmaster of the Brockton Post Office for a number of those years. While he was postmaster, the Brockton Post Office achieved the honor of #1 in customer service nationwide. Whatever job he took on, he took pride in his work. Bob was generous in so many ways. After his retirement, he was part of the Stephen Ministries, providing one-to-one Christ-centered care to people in the congregation experiencing life difficulties. Later, Bob volunteered with the Pilgrim Catholic Collaborative by assisting with Mass at the Plymouth County Correctional Facility. Bob had a heart for God and for people less fortunate than himself.

Known as Grandpa and Great Grandpa, he imparted many life lessons to his family and friends. His integrity and generosity inspired those around him, and his kind, caring spirit provided comfort and safe harbor to all that he loved.  Always involved in family matters whether tragic or joyful, he was a force, and a compassionate, loyal gentleman. Bob was truly one-of-a-kind.

Bob raised five children with Mary Lee (McPherson) DeCosta and later married Geraldine (Carter) Silva. He leaves behind his wife Gerry, son Robert DeCosta of Upton MA and his wife Rose, daughter Leanne DeCosta of Barnstable MA and her husband Mark Flaherty, son Mark DeCosta of Center Barnstead N.H. and his wife Trish, son Steven DeCosta of Easton MA, and son Michael DeCosta and his wife Brenda of Easton MA. He also leaves behind stepson Michael Silva and his wife Brenda of Carver MA and stepdaughter Amy Folsom and her husband Dave of Carver MA. Bob had eleven grandchildren and fourteen great grandchildren. They were all fortunate to know him and enjoyed being regaled by his stories.

Bob is pre-deceased by his beloved granddaughter Denise DeCosta Dolan, brothers John DeCosta and Kenneth DeCosta as well as his sisters Gladys DeCosta and Doris Dionne. He also leaves behind his sisters Nancy McKenna of Braintree, Olive Reilly of Scituate, and Donna Dunn of Quincy MA.

Wake will be January 31st at 10:00 Shepherd Funeral Home, Carver, MA followed by a funeral mass: 11:30  at St Kateri’s Catholic Church on S Meadow Rd. Plymouth MA.  A celebration of life will be held at a later date. In lieu of flowers, donations can be made to The Pine Street Inn in his name.