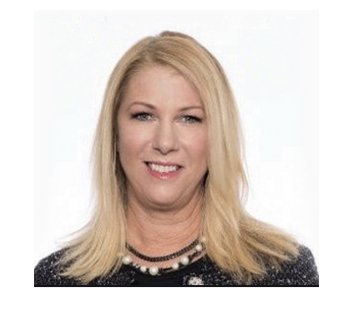 Kathleen C. Gram was born in Amityville, Long Island to Eugene Counihan & Irene Taggart Counihan. She leaves behind her husband of four years James Katterfield of Fort Meyers Beach Florida, her two sons Patrick Gram and his wife Kelly of Charlestown MA, Devin Gram and his wife Allyson of Duxbury MA, and her three grandchildren Taggart, Tanner and Parker Gram, her three stepsons: Joe Katterfield of Aarhus, Denmark, Sam Katterfield of Berlin, Germany and Jak Katterfield of Cambridge, MA.  She also leaves behind her brother Daniel of Cohasset, MA, Patricia Anzenberger and her husband Peter of Charlotte, NC, Nancy Lynch of Acton, MA, and Gerard Counihan of Washington, DC, Additionally, she leaves behind five nieces and four nephews who thought she was the coolest aunt.

Kathleen spent her early childhood in North Massapequa where she attended Maria Regina grammar school. Her family moved to Acton, Massachusetts when she was 10 years old where she attended middle school and high school. Upon graduating from Acton Boxborough Regional High School, she attended Lowell State where she earned her Bachelors of Science in Nursing.

Initially she pursued a career as a Registered Nurse working at Emerson Hospital then later the VNA. In the late 80’s Kathy moved to Duxbury, Massachusetts where she raised her two sons, Patrick and Devin. She loved the beauty of living in a seaside village spending the summers with family and friends at the beach and later on her boat, aptly named ‘Staying Alive.’

After a few years working clinically as a registered nurse, she left to pursue a career in the home infusion arena both in operations and sales. During the course of her career she held numerous executive positions with Chartwell,Caremark and Medpanel primarily working in business development.

After being diagnosed with colorectal cancer in 2007 she was successfully treated by the oncological and surgical team at Dana Farber. Her positive attitude along with thesupport from her family and friends led to what appeared to be a full recovery until it returned at the end of last year.

As a cancer survivor she had tremendous empathy for patients who were experiencing a similar journey to hers. She knew how important it was to provide hope for patients when their situation seemed hopeless. This led to a career change for Kathleen and she took on a new challenge where she began working at Millennium in patient advocacy.  That eventually led her to a start-up organization, Deciphera where she was Vice President of Patient Advocacy. No one was more passionate about patients than Kathleen.

While visiting friends in Florida seven years ago she went on a blind date, where she met and fell in love with Jim Katterfield.  They married four years ago in her favorite place, Nantucket. Since then, Kathleen and Jim have been splitting their time between Duxbury, Massachusetts and Fort Meyers enjoying what each area has to offer.

The family of Kathleen is so grateful for the support and outpouring of love her friends have bestowed upon her during her recent illness. There are no words to adequately describe the compassionate and loving care provided by the physicians and nurses at Dana Farber and the Brigham and Women’s Hospitals. In lieu of flowers, the family requests donations to the Multiple Myeloma Research Foundation or the GIST Support Group.

Visiting hours will be held on Monday, September 9th from 4-8:00 PM at the Shepherd Funeral Home, 216 Main St (rt. 106) Kingston. A funeral mass will be held on Tuesday, September 10th at 10:00 am at Holy Family Church in Duxbury. Graveside services will follow at the Mayflower cemetery. To offer condolences please visit www.shepherdfuneralhome.com. Shepherd Funeral Home, Kingston.

Donations may be made in Kathy's name to:

Share Your Memory of
Kathleen
Upload Your Memory View All Memories
Be the first to upload a memory!