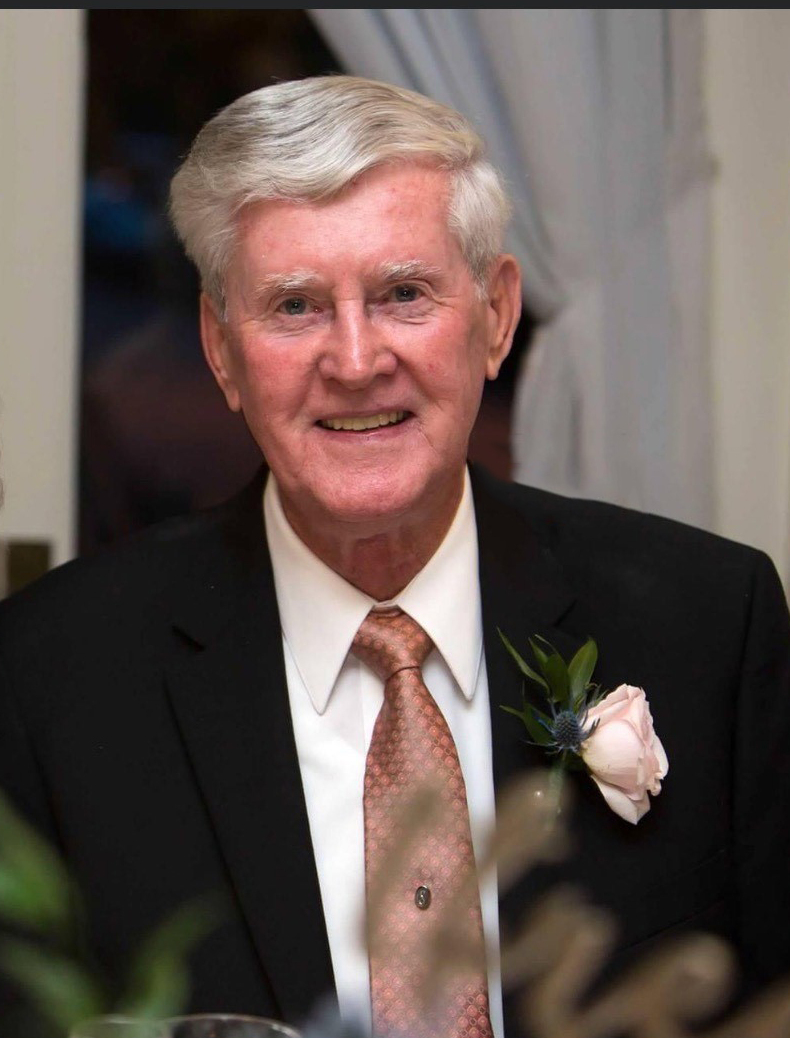 Slattery, John Patrick, age 81 of Duxbury, formerly of Roslindale and West Roxbury, passed away on Sunday, January 8, 2023 with his wife and children at his side. He was born in Boston, MA on February 4,1941 to Francis and Estelle (Hartnett) Slattery.

A loving husband and father dedicated to his family, he is survived by his wife of 54 years Kathleen (Coppinger); his daughter Maura Hogan (Richard); son Jay (Stacy); daughter Kathleen Lynch (Brian); and daughter Sheila LaFleur (James). Cherished and beloved Papa to Jack and Paige Slattery; Seamus and Sean Hogan; Conor and Emily Lynch; and Thomas and John LaFleur. In addition, he is survived by his brother Thomas Slattery of Brockton, sister-in-law Catherine (O’Neill) Coppinger of West Roxbury, sister-in-law Kathleen (Kelshaw) Slattery of NJ, as well as numerous nieces and nephews. John was predeceased by siblings Mary Moloney (Jack), Jean Carrigan (Bill), Anne Daniels (Mal), Paul Slattery, and members of the Coppinger family.

John was a graduate of the Massachusetts Military Academy, Northeastern University, and Curry College. He served the City of Boston as a Police Officer from 1968 to 2003. He was Clerk of the Boston Police Relief Association from 1992 to 2003 and was a Board Member of the City of Boston Credit Union from 2001 to 2014.

In retirement, John loved working around the house, curating his yard, building bird houses, watching the Red Sox and Patriots, and relaxing on Duxbury Beach. He also took opportunities to travel both nationally and internationally; renting in Florida for 10 years during the winter months, visiting family in California, and cruising from England to America and France to Amsterdam. His fondest travel memories were visiting Normandy and Omaha Beach, places about which he spent hours reading. He was also interested in reading about other historical events and the evolution of the United States. His greatest joy of retirement was watching his family expand and spending time with those who called him Papa. It brought him immense joy to watch his grandchildren grow and develop their individual personalities. He loved being a spectator at their games, telling jokes to make them laugh (and groan), offering bowls of ice cream, and watching them play and interact in his home.

Visiting hours will be held on Monday, January 16th at Shepherd Funeral Home, 216 Main Street, KINGSTON, from 3-6 PM. Funeral Mass at Holy Family Church, 601 Tremont Street, DUXBURY, at 11 am on Tuesday,  Interment at Duxbury Mayflower Cemetery. In lieu of flowers, donations may be made in John’s honor to the Boston Police Relief Association, Cops for Kids with Cancer, or Old Colony Hospice.