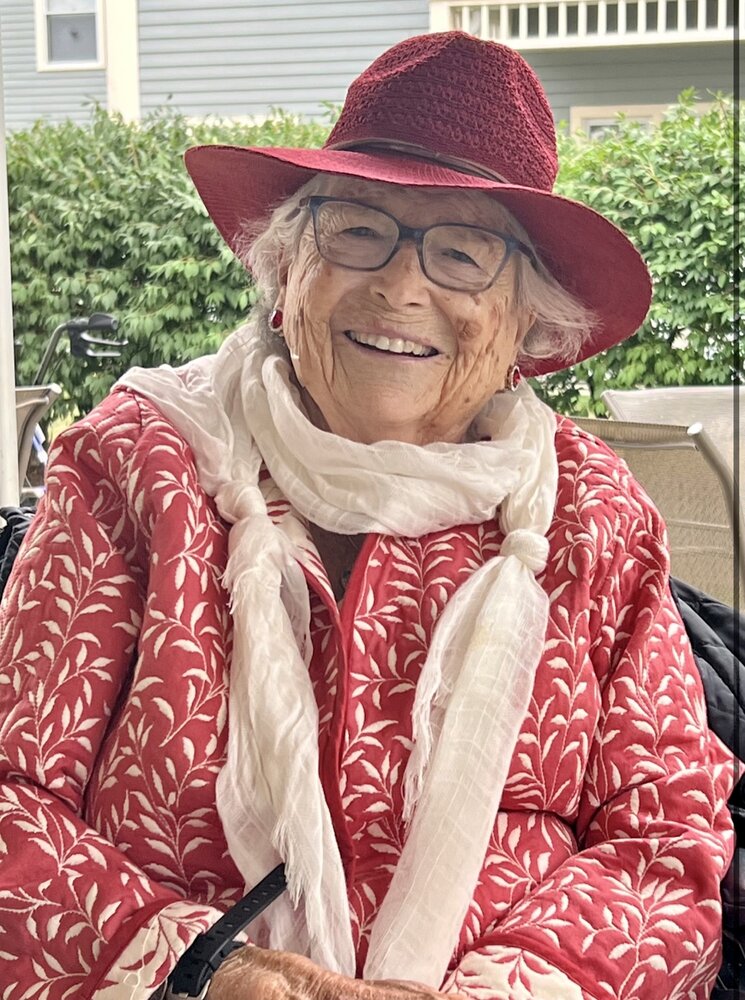 Please share a memory of Elsie Trask to include in a keepsake book for family and friends.
View Tribute Book

On Monday, December 26, 2022, Elsie Trask Wheeler passed away at age 90 in Duxbury. Elsie adored her childhood in Lloyd Neck and Cold Spring Harbor, Long Island. Summers were spent racing dinghies on Martha's Vineyard with memorable trips on horseback exploring the meadows and coastal ponds of Chappaquiddick.

After attending the Chapin School in New York City, she graduated from Smith College in 1954. An early career at Time Life, Inc. sparked a lifelong passion in photography. She married Halsted “Link” Wheeler in 1970, and they raised five children in Darien, Connecticut, spending their summers on Scott’s Cove aboard Fat Man, their houseboat.

Always armed with a camera, in addition to capturing her children in their various water pursuits, Elsie's favorite photography subjects ranged from shorebirds and raptors along the Norwalk Islands to Tibetan monks and dramatic landscapes in the Far East. An intrepid traveler, Elsie’s journeys included destinations such as Afghanistan, Iran, Mongolia, India, China, Russia, Turkey, and Cape Horn.
Her passion for and stewardship of the natural world galvanized her and friends to create the Darien Nature Center, a 27-acre education campus, in 1979. The combination of her passion for the outdoors and her keen visual eye led to numerous photography exhibits. Her office was a mix of humorous correspondences intermingled among stacks of photographic slides.
Determined, irreverent, ever curious, and not afraid of wielding a power tool, Elsie’s sense of humor meant living in her presence was bound to include adventures, minor mishaps, and laughter. Birdwatching voyages at the helm of her beloved motorboat, The Uncle Gil, and spending time with her grandchildren were among her greatest pleasures. She also loved downhill skiing, writing, and piloting a Cessna. Elsie had a big heart and always made time for everyone she loved and the causes she believed in.
Surviving family members include her husband, Halsted, her daughter, Chelsie, and husband, Sandy, her son, Blue, and wife, Ady, her daughter, Roo, and husband, Rocky, her son, Geoffrey, and wife, Mary, and her son, Halsted, as well as 10 grandchildren and many nieces and nephews. Elsie is also survived by her brother, Dick Trask, and his wife, Cindy, and her brother, John, and his wife, Jill. She is predeceased by her parents, John J. and Elsie Barber Trask, and her beloved dog, Jimmy.

Share Your Memory of
Elsie Trask
Upload Your Memory View All Memories
Be the first to upload a memory!
Share A Memory
Send Flowers
Plant a Tree