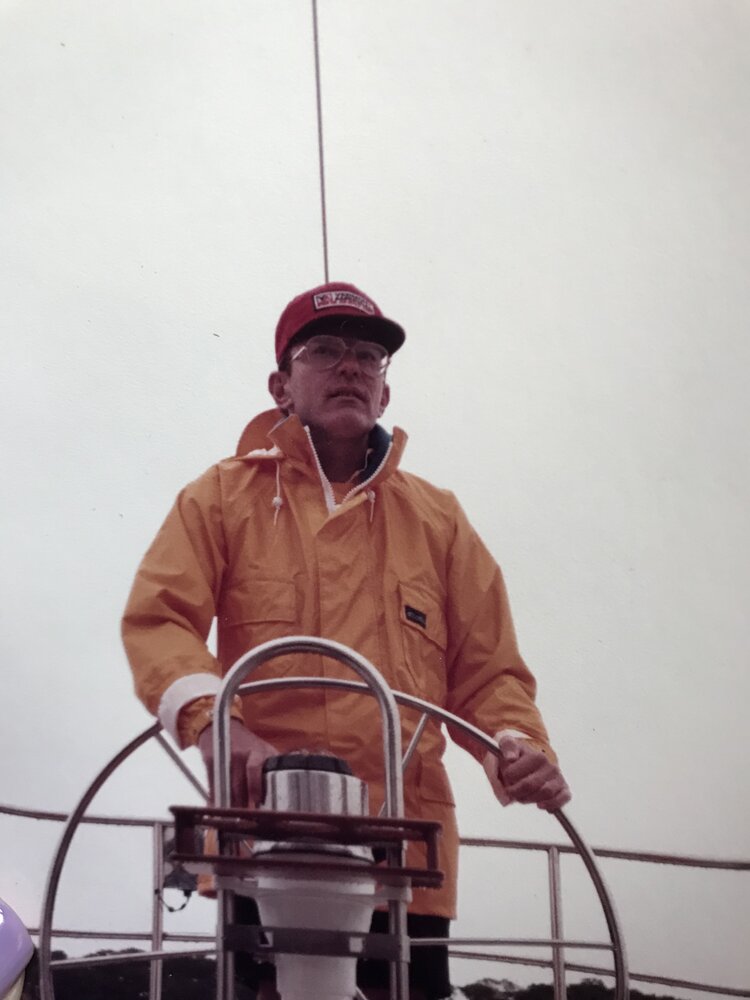 William Frank Hopkins, 81, of Duxbury passed away peacefully on October 4th surrounded by his family.  He was born on April 18, 1941 in Quincy to William and Pauline Hopkins.

Bill Attended Thayer Academy, Peekskill Military Academy and served in the Naval Reserve in Jacksonville, FLA where he won the Jacksonville Sailing Regatta.  He also was an avid pilot who enjoyed flying his own Mooney.

He was president of Decatur Hopkins Company for 30 years.

Visitation will be held at Shepherd Funeral Home in Kingston on Sunday, October 23 from 10-2 with a funeral service at 1pm. Burial will be private.