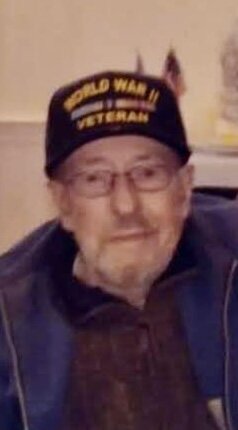 Please share a memory of Willard to include in a keepsake book for family and friends.
View Tribute Book

Willard C. Mills of Duxbury, 100, passed away on September 21st at BID Hospital, in Plymouth

Willard was born in Waltham, MA on February 21, 1922, to Raymond F. Mills and Blanche M. Mills (Little). He lived in Waltham until he moved to Duxbury in 1935 and graduated from Duxbury High School in 1940. He was employed as an accountant in 1941 at Revere Copper & Brass Inc. in Plymouth, MA until he was inducted into the U.S. Army in 1943 in World War II. He was stationed in Naples, Italy, in the 849th Signal Intelligence Service and was a cryptanalysis technician and encoded allied military traffic and decoded intercepted enemy traffic without use of machinery. He received an honorable discharge on October 9, 1945.

Upon his return from World War II, he returned to his job as an accountant for Revere Copper & Brass Inc. and later became the Works Manager for the company which manufactured zinc, copper and magnesium plates for photoengraving. He retired in 1985 after 40 years of employment.

Willard enjoyed singing and was in a Barbershop quartet called "The Yankee Peddlers" and they performed in several Barbershop shows in Scituate, MA. He liked to read and was interested in photography. He was a Red Sox fan and looked forward to watching the games on TV.

In February, Willard celebrated his 100th birthday at the American Legion in Duxbury where he was honored for his military service in World War II. It was a special day and a wonderful memory for him and his family.

Willard is survived by his daughters, Kathleen D. Wyatt (Mills) and Dorothy L. Mills of Duxbury, and his son, David W. Mills and his wife, Denise of Brussels, Belgium. He is survived by 5 grandchildren, 10 great-grandchildren and 1 great-great-granddaughter. He was very devoted to his family and will be greatly missed.

Funeral arrangements were made by Shepherd Funeral Home in Kingston. A graveside service with a military honor guard was held on September 30th in Mayflower Cemetery.

Share Your Memory of
Willard
Upload Your Memory View All Memories
Be the first to upload a memory!
Share A Memory
Send Flowers
Plant a Tree