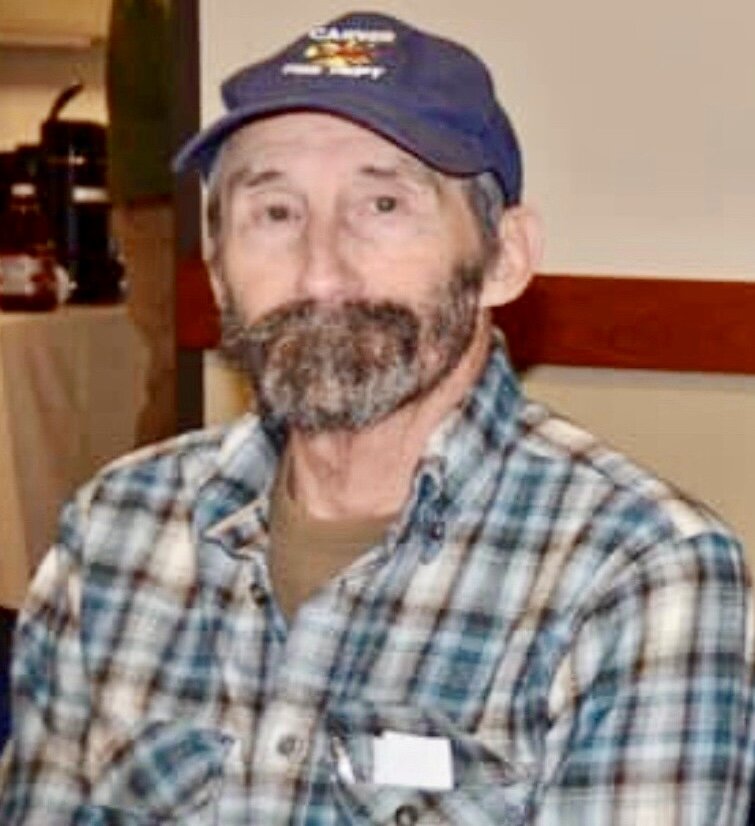 Please share a memory of Robert T. to include in a keepsake book for family and friends.
View Tribute Book

Robert T. Harriman, 76, passed away on September 14, 2022 at home with his loved ones, after a long battle with COPD and cancer. He is the son of the late George and Rose Harriman. He is survived by his beloved wife Mary (Souza) Harriman of 52 years. Loving father of Mark Harriman and his wife Patrice (Patty) of Carver, Robert Harriman Jr and his significant other Elizabeth Duff of Hanover. Devoted grandfather of Amber, Caiya and Corah.

Robert graduated from Bristol County Agricultural High School in Dighton, MA. After graduating, he proudly joined the Marine Corps in 1965 and served in the Vietnam war, where he received two Purple Hearts. Robert then joined the Carver Fire Department in 1969 and served as lieutenant from the late 1970’s to the early 1990’s.

He went on to work as a mechanic for the Mass State DPW, where he eventually retired from. Robert was a proud life long member of the Carver Fire Department, American Legion Post 64 in Middleboro and the Plymouth VFW Post 1822. He was also a past American Legion District 10 Commander. Most of all Robert enjoyed time with his family, especially with his loving granddaughters. He loved working in the yard and gardening. He will be missed dearly by all who knew and loved him.

Memorial visiting hours will be held at the Shepherd Funeral Home, 116 Main St on Sunday, September 25th from 2:00 to 6:00PM. A Graveside service with Military Honors will take place on Monday, September 26th at 11:00AM at the Lakenham Cemetery, Carver.

In lieu of flowers, donations can be made in Roberts memory to the Jimmy fund.

A Memorial Tree was planted for Robert T.
We are deeply sorry for your loss ~ the staff at Shepherd Funeral & Cremation Service - Carver
Join in honoring their life - plant a memorial tree
Online Memory & Photo Sharing Event
Online Event
About this Event

Share Your Memory of
Robert T.
Upload Your Memory View All Memories
Be the first to upload a memory!
Share A Memory
Send Flowers
Plant a Tree