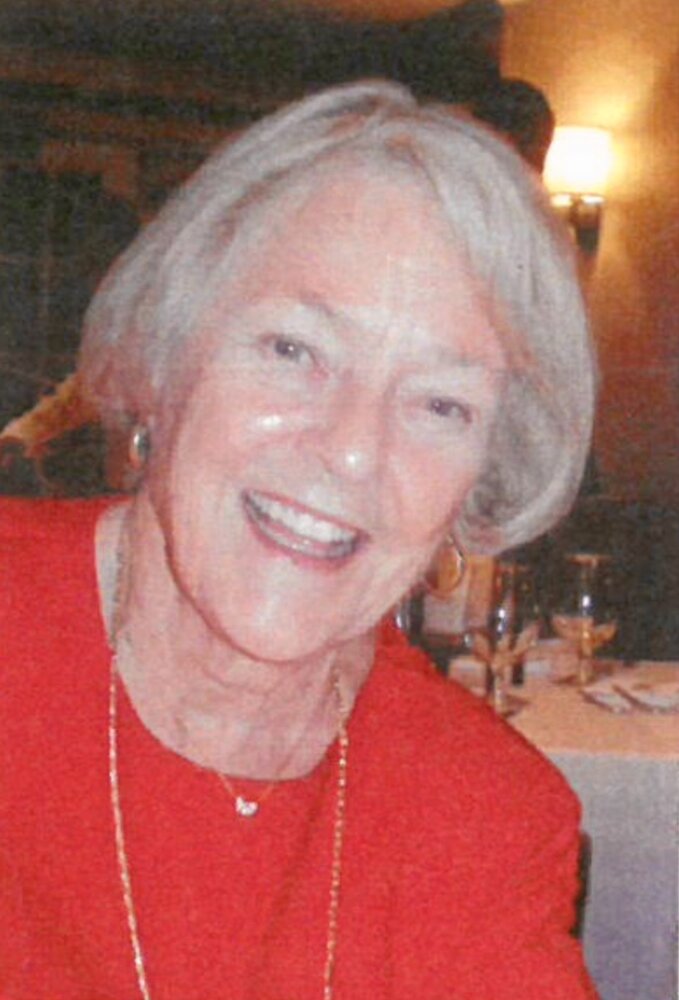 Please share a memory of Gladys (Lee) to include in a keepsake book for family and friends.
View Tribute Book

On September 7, 2022, Lee Barlow (90) passed away peacefully at her Duxbury home surrounded by family and caregivers after a valiant journey through the ravages of Alzheimer’s. She faced that challenge with the boundless grace and dignity with which she lived her life.

Lee was born in 1931 in New York to an Irish mother and German father. In 1949, Lee graduated from Ross High School in Fremont Ohio where she met her future husband Jack Barlow (93). Lee and Jack were married for over 70 years. Lee lovingly created warm and nurturing households for Jack and their three children, Patricia, David, and Peter as Jack’s career took them to Michigan, California, Pennsylvania, and Massachusetts. Lee and Jack made Duxbury their home for the last 51 years.

After raising her children Lee began a successful career as an interior designer. To further hone her natural talents and skills, at age 50, she earned her Associate’s Degree from the New England School of Design. Lee was a “regular” at the Boston Design Center where she forged deep and lasting friendshipsand garnered universal respect within the design community in and beyond Boston. She created beautiful homes for her clients in all types of settings. Lee had an uncanny eye for color and the vision to see any home as it was and as it could become. Lee generously applied her time and talents to benefit others. For example, she worked with the Junior League for many years to decorate rooms at The Decorator’s Showhouse, their annual fundraiser. Her work also appeared in several magazines including Traditional Homes and Better Homes and Gardens.

Along with her busy career, Lee happily nurtured her grandchildren and instilled in them the strong sense of family,this treasured value being her essence. She was deeply devoted to her family and especially enjoyed days together on Duxbury’s beautiful beach and at her cherished Duxbury Yacht Club. Lee also loved the arts. Among her favorite pursuits, she helped launch and grow the Duxbury Campus of the South Shore Conservatory. She was also a strong supporter of the Boston Ballet and joyfully invited friends and family to savor performances together.

Donations in Lee’s honor may be made to her beloved South Shore Conservatory (SSC) via mail to SSC, PO Box 1523, Duxbury, MA 02331 or online at weblink.donorperfect.com/SSCBarlow.

A funeral mass will be held at Holy Family Church in Duxbury on Wednesday September 14, 2022, at 12:00pm. Lee’s family will greet friends at Holy Family after the service. Lee will be interred at the National Cemetery in Bourne in a private ceremony.

Share Your Memory of
Gladys (Lee)
Upload Your Memory View All Memories
Be the first to upload a memory!
Share A Memory
Send Flowers
Plant a Tree