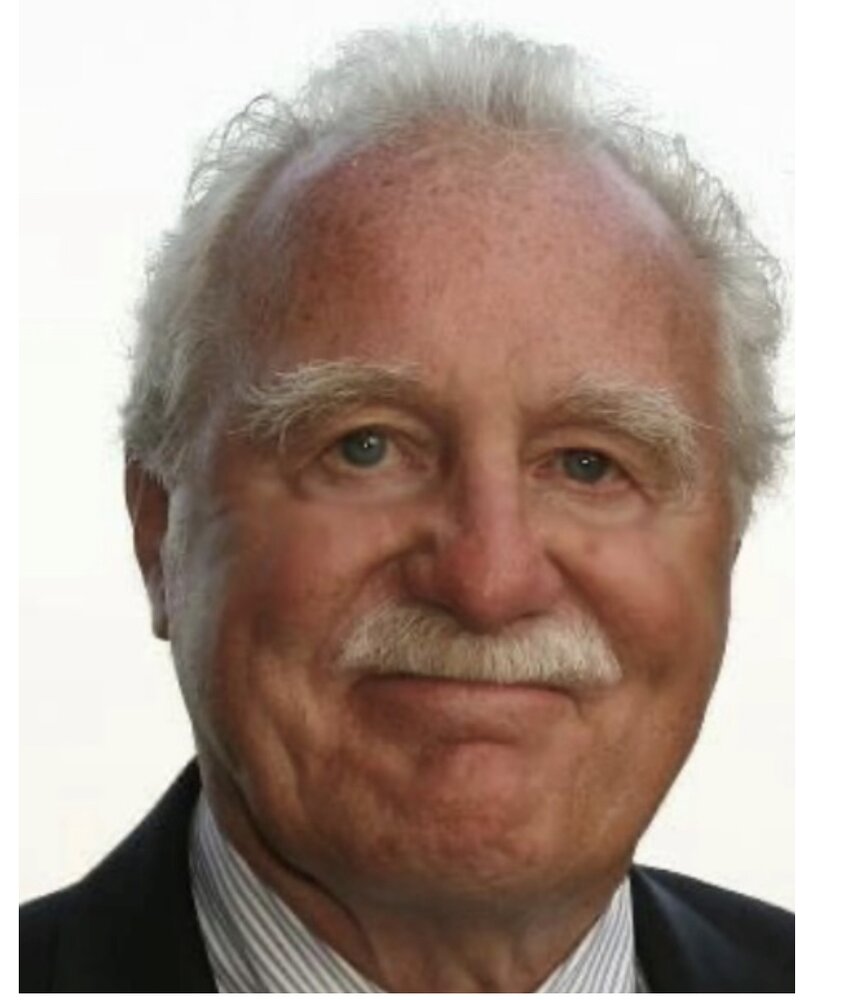 Dick was born in May 1937 to his adored mother Millie and father Jack. His happy childhood in Newton, MA informed the rest of his life. Important figures included his older brother John and his Grandpa Price. Dick spent time outdoors in the woods, fishing with his father and, in his teens, on a family ranch in Colorado. At Newton High School he was awarded the Boy’s Senior Cup for most outstanding student athlete.

Dick graduated from Colby College in 1960 where he was President of the student government, played football, and formed life-long friendships. Dick married his college sweetheart, Helen (Penny) Martin immediately after graduation. He attended Andover Newton Theological Seminary and subsequently decided to enter the business world. In 1961 Jim was born, followed by Kate in 1963, after which the family settled in Duxbury.

In 1978, by then a manager with Xerox Learning Systems, Dick moved to London to lead the European operation. When Dick and Penny returned to the States in 1988 he took on managing the international business. He lost Penny to cancer in 1990. In 1993, Dick married Hilary Garrett, a former business colleague from London.

Dick retired in 2001 after dedicating more than 30 years to a fascinating international career. Following two active decades in retirement, Dick’s health took an unexpected downward turn in 2021. After a complicated illness this summer, Dick chose to enter hospice care. His final two weeks were spent in his beloved home in Duxbury where he died peacefully on August 24, surrounded by loved ones.

Dick was a great sportsman and loved tennis, sailing, skiing and golf. He enjoyed watching his grandchildren play school sports and was an avid fan of Duxbury High School, Colby and his “hometown” teams, the Red Sox, Patriots and Tottenham Hotspurs.

Music was the background score to Dick’s life. He played the trumpet in his youth, was a great singer (winning a karaoke competition on one of his business trips) and enjoyed a range of music throughout his life, from jazz at the Blue Note with his big brother John in the 1950s, to opera at the Met with Hilary.

Together with Penny, Dick cherished his time in London, using it as a base for travel throughout Europe. He embraced different cultures, history, art and food. Later, he travelled throughout Asia, Africa, Australasia and Latin America. During his years with Hilary he embarked on many outdoor adventures, including a 5-day hike to Machu Pichu. Dick was proud of having visited 67 countries on every continent except Antarctica.

Perhaps Dick’s greatest strength was his commitment to people and relationships. He always saw the best in people. Scores of friends, family, and former business colleagues cite Dick as a mentor who significantly impacted their lives. He embraced every community of which he was a part, including Colby College, Xerox Learning Systems and Duxbury. He was an active member of the Duxbury Yacht Club and, as membership chair, was committed to giving access to local families. As a Justice of the Peace, he loved marrying people, taking great care to get the details and tone right for each couple.

Dick’s family was always at the core of his life. He was a devoted husband for 59 years: to Penny for 30 years; and Hilary for 29. He was a loving father and grandfather, always giving encouragement and support. He was a caring uncle and in-law to the Luciers, the Martins and the Garretts. Dick is survived by his wife Hilary; son James G. Lucier and his children Marina, Melanie and James Jr.; and daughter Kathryn P. O’Neil, her husband Ford and their children Myles and Sydney.

Dick will be remembered for his warmth and kindness, fairness, sense of adventure and fun and, in his final year, by how he dealt with illness and reduced mobility with patience, grace and dignity.

If you would like to remember him with a philanthropic gift, please consider a donation in his name to Bridgewater State University where he served on the Board and was committed to the high-quality education and equal access that BSU achieves.

All are welcome to join the service of remembrance for Dick at Pilgrim Church in Duxbury on Saturday September 24 at 3:30 pm.