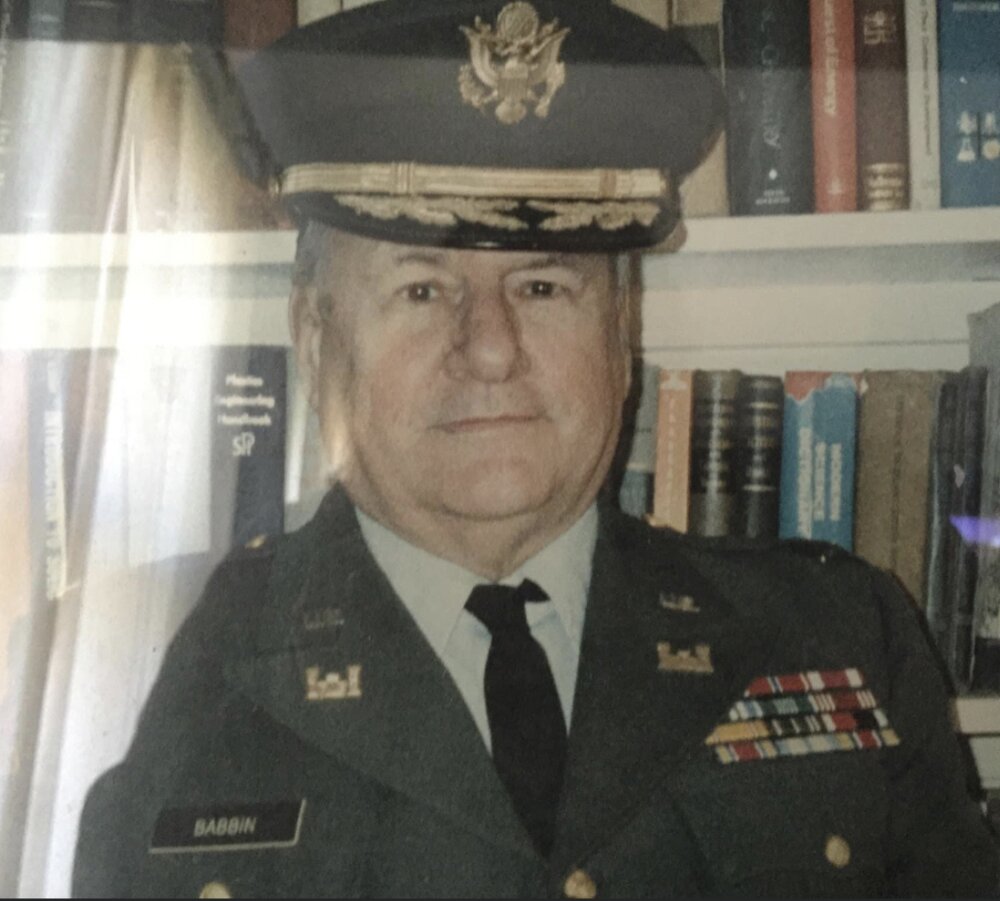 Please share a memory of Donald to include in a keepsake book for family and friends.
View Tribute Book

Donald Lee Babbin PH.D., age 95, of Kingston, Massachusetts passed away peacefully at home on August 21, 2022. Born May 24, 1927, in Lynn, Massachusetts. He was the son of Leslie and Pearl (Lynch) Babbin and Irish twin to Jacqueline Musto, with whom he shared a special relationship with throughout his life.

Like a lot of boys of his time, Don left high school early to enlist in the Army and fight in the Second World War, despite officially having to be eighteen to do so. During his time in Europe Don reached the rank of Staff Sargent. After the war, Don returned home and using the GI bill, went on to graduate from University of Massachusetts with a Bachelor of Science in Chemical Engineering.

While working at Simplex Wire and Cable, Don worked in developing insulation for coaxial cables made from polyethylene. This work played a critical role in the success of the first transatlantic telephone cable. Don continued to advance his career by becoming a licensed Massachusetts Professional Engineer in 1959, completing a Master of Science in chemical engineering from Northeastern University in 1960, and a PH. D in political science from New York University.

During his career he was responsible for developing many patentsused for insulating wire and cable. Don retired from Boston Insulated Wire and Cable as chief chemist in 1991. Don also had a passion for teaching and taught evening chemistry classes at Northeastern University from 1964-1967 and 1987 until 1991.

Aside from his family, Don’s greatest devotion was to the military and country. After his active service in World War Two, he continued his military service as an Army reservist. His mobilization site was as Assistant to Deputy Chief of Staff Research and Development at the Pentagon, Washington D.C., he retired at the rank of Colonel in 1981.

Don loved to debate politics and world events. Had a sharp mind until the end, always keeping up with every day and world events. He was a voracious reader and loved reading history, autobiographies, the classics, and fiction. Don also loved listening to classical music as witnessed every weekend by his children when the house would be filled all day with loud classical music and Italian operas.

Please join us for a gathering of family and friends at the Middleboro Elks club to celebrate Don’s life on September 11,2022, guest should begin arriving at 1:00.

Share Your Memory of
Donald
Upload Your Memory View All Memories
Be the first to upload a memory!
Share A Memory
Send Flowers
Plant a Tree