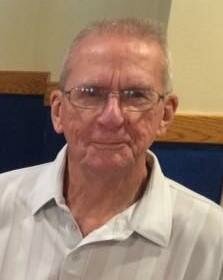 Kenneth G. Hadley, 88, of South Meadow Village, Carver, MA passed away peacefully on Tuesday, August 16, 2022 after a brief illness, at Beth Israel Deaconess Hospital in Plymouth. Born in Randolph on May 13, 1934 he was the son of the late James (Ray) and Helen (Giles) Hadley. He is survived by his wife Jacqueline W. (Riley) Hadley of Carver, his sister Patricia (Gail) McGrath of Midway, GA and his children James R. Hadley of Carver, Robert A. Hadley, Sr. and his wife Robin of Mashpee and Jo-Anne (Hadley) Williams and her husband Michael of Hanson, six grandchildren, seven (soon to be eight) great-grandchildren and many nieces and nephews.

Ken graduated from Weymouth High School in 1952 and enlisted in the U. S. Air Force in 1953. He served in Cheyenne, Wyoming, Point Barrow, Alaska and San Antonio, Texas as Teletype Maintenance operator and Instructor until his honorable discharge in 1957. After the Air Force Ken worked with his Dad in the engine rebuilding dept. of Cody Motors in Dorchester then moved to Masoneilan in Norwood, later in Avon, where he was a machinist lead man until his retirement in 1998.

For over 20 yrs. Ken enjoyed flying in his friend's plane, along with other friends, every Friday, out of Plymouth Airport, to surrounding different airports where they would have breakfast, then fly back to Plymouth. He was also an avid fisherman, was relentless in maintaining his lawn and yard and really enjoyed making wooden model ships, one of which was the USS Constitution that took him two years to build. Ken also donated many handmade woodworking articles to the "Holly Fair" through the years to benefit the South Meadow Village Association's annual fund raising event. He even painted all the fire hydrants in the Village by hand.

Please, in lieu of flowers, memorial donations may be mailed to:

Or go to bidplymouth.org/giving to donate online.

The family wishes to extend their sincerest gratitude to Beth Israel Deaconess Hospital Plymouth for its excellent health care, kind and knowledgeable medical staff and professionals. And to Shepherd Funeral Home for their exemplary service.

Share Your Memory of
Kenneth
Upload Your Memory View All Memories
Be the first to upload a memory!
Share A Memory
Send Flowers
Plant a Tree