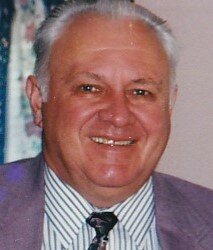 Please share a memory of Stephen to include in a keepsake book for family and friends.
View Tribute Book

Stephen (Steve) F. Leedham, 83, passed away at his home in Duxbury from congestive heart failure; his daughter was with him.  Steve is survived by his daughter, Jennifer Devine of Plymouth, grandson Ethan Devine, 24 of Boston, grandson Zachary Devine, 23 of Plymouth, cousins Susie (Leedham) Heavey, Paul Dexter “Terry” Leedham, and Roy Pender all of NH, in addition to several nieces, nephews and their children. He was preceded in death by his wife Elaine, and parents Frederick and Vetie Leedham.

Steve was born in Boston, MA and lived between Hillsborough Upper Village, NH and Indian Rocks Beach, FL as a child. His family moved to Sharon, MA where he graduated high school in 1956. He graduated from Paul Smith’s College, NY in 1959 with a degree in forestry and had a short stint as a lumberjack in Nelson, New Hampshire where he lived on Tolman Pond. He married his wife, Elaine in 1963 and they were married 57 years before Elaine’s passing. He was a member of the US Army Reserves Military Police. Steve was larger than life, both physically and in personality. Fittingly he became a successful salesperson for the remainder of his career. He became a well-known name in the plumbing and piping industry working for Watts Regulator Company, Toro Irrigation and finally Orion Industries, where he was Eastern Regional Sales Manager. He lived in Burlington, VT, and Northfield, OH before moving to Duxbury in 1977 where he bought his first of several boats, enjoyed clam-digging and fishing. He was a regular at the Town Pier where he liked to hang out at the Harbormaster’s shack, often bringing his young grandsons with him. Steve was a great storyteller and loved a good laugh. Most people who met Steve commented, “he’s such a great guy.” His wife, daughter, and grandsons will forever be his greatest source of pride.

Share Your Memory of
Stephen
Upload Your Memory View All Memories
Be the first to upload a memory!
Share A Memory
Send Flowers
Plant a Tree