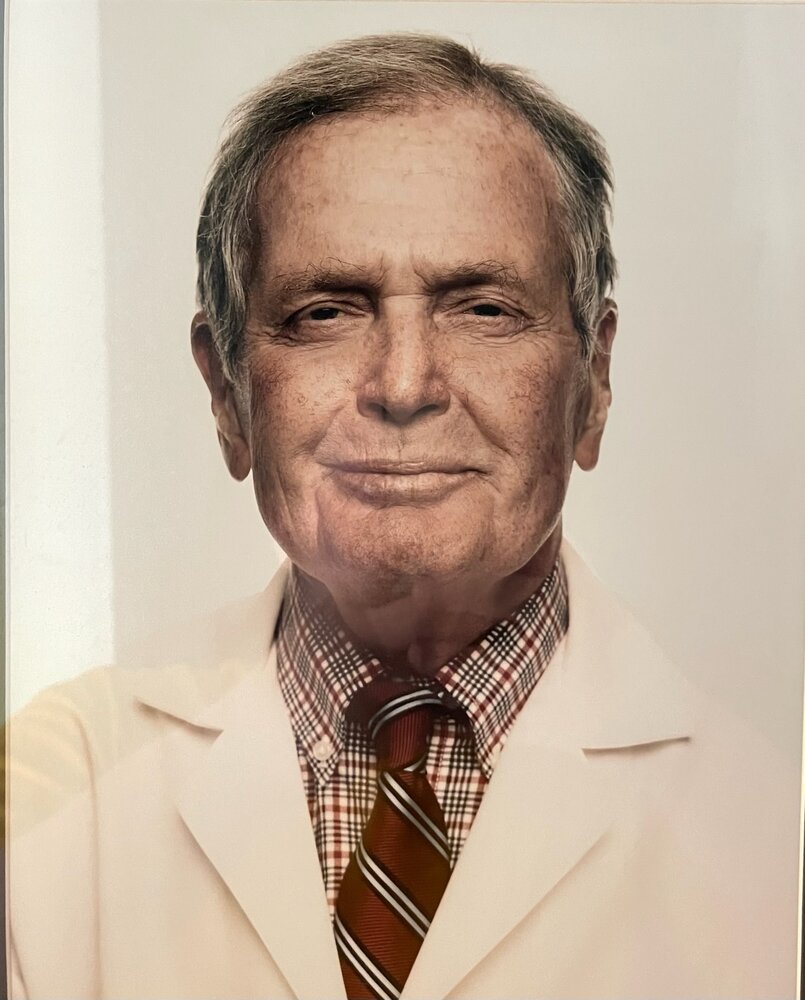 Please share a memory of Stanley to include in a keepsake book for family and friends.
View Tribute Book

Stanley Martin Leitzes of Duxbury, MA died on July 12, 2022.  Born January 8, 1940, Stan was the son of Morris and Rhoda Leitzes and the brother of Gerald (Jerry) Leitzes. He leaves behind his wife Joan, his four children and their respective spouses: Nick and Claudia Leitzes, Cathy and Jon Leitner, Holly and Kurt Johnson, and Rod and Erin Leitzes; as well as his 12 grandchildren.

Stan was born in Yonkers, NY and grew up in Manhattan.  He had fond memories of using a manhole cover as second base while playing stickball.  He graduated from Stuyvesant High School in Manhattan and went on to attend Cornell University with a focus in engineering.  Anxious to contribute to the “space race,” Stan transferred to Columbia University to graduate in four years rather than five.  Stan changed careers and attended medical school in Chicago.  He completed his Orthopedic Surgery Residency at Michael Reese Hospital in Chicago and then the Otto Aufranc Hip and Knee Fellowship at the New England Baptist Hospital in Boston. While living in Chicago he met Joan, and they married six months later.  They were together for over 50 years.

A highlight of Stan’s career included the opportunity to travel to Japan to operate multiple times, where he developed lifelong relationships.  This spurred a love of travel and Stan and Joan traveled the world together, always returning home with a local treasure to be displayed at home..

Stan practiced orthopedics in the Brockton area for his entire career, choosing a community medical setting over academics.  Stan and Joan settled in Duxbury, MA, raising their four kids in the house next door to Joan’s parents in her childhood summer home.  Stan loved Duxbury and embraced outdoor living, providing an ideal life for his family.  He loved working with his hands and spent his free time building and deconstructing piers, boats, tennis courts and skating rinks as the seasons changed.

Stan was an avid athlete for most of his life, and could be found every Sunday morning hosting his men’s tennis group on his prized clay har-tru court.  He taught himself tennis, and being ambidextrous, learned to the master the “double-forehand.” Stan opened his home to any visitor, and an impromptu party often broke out, Stan with his pewter mug of Dewars’ and Soda.  Wearing his sunglasses at night, we all knew he was ready to dance with Joan to his favorite oldies, like “Sloopy” and “Twist and Shout.”. He was a tireless volunteer of Duxbury Youth Hockey and coached his kids in many sports.  He freely gave his time and expertise to treat anyone in town for any illness. It was not unusual to see him stitching up a neighbor’s wound on the kitchen table or putting a cast on a broken wrist, saving many trips to the ER.  In the immortal words of Stan, “Kampai.”

A Memorial Service will be held at Stan and Joan’s home (151 King Caesar Road, Duxbury, MA) on July 23, 3:00pm with a reception to follow. All are welcome to attend.

Share Your Memory of
Stanley
Upload Your Memory View All Memories
Be the first to upload a memory!
Share A Memory
Send Flowers
Plant a Tree