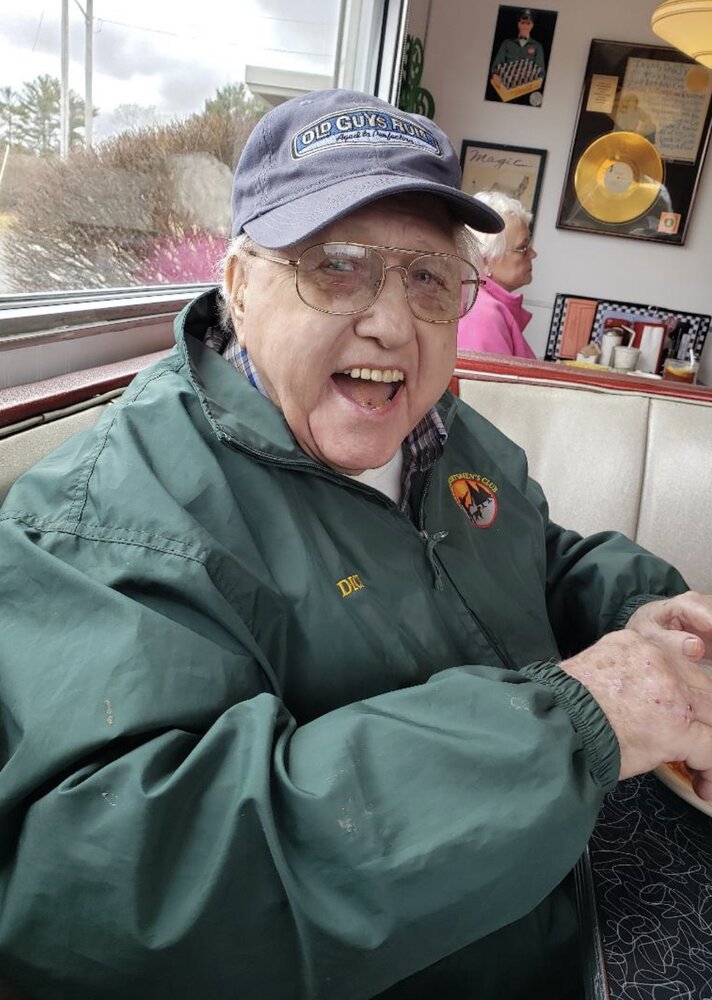 Richard was born in Boston, MA to Frank & Edith Thorne on June 19, 1932.  He was married to Ann (Flavin) Thorne for over 48 years.  He worked as a welder most of his life.  He enjoyed hunting, fishing, camping, spending time with family and making everyone laugh and smile.  He was involved with the Carver Sportsmen’s Club, Plymouth County League, Trout Unlimited and many other groups that shared his love and conservation of the outdoors.

Richard is survived by his wife, Ann Thorne of Carver.  Richard is also survived by his children; Richard (Ricky)Thorne, Laurie Thorne & John Thorne of Carver, MA and his only granddaughter Amber Smith of Carver, MA, and his brother Kenneth Thorne.  Richard is survived by many nieces and nephews, cousins, extended family and friends he considered family.  He is preceded in death by his parents and his brothers Ralph Thorne and Frank Thorne, and his sisters Barbara Thorne & Mildred Scoursi.

The family wishes to extend their gratitude to West Roxbury, MA Veteran’s Hospital and all of their staff as they were incredibly kind and good to Richard for the last 2 months plus.

Should you feel like making a memorial donation in Richard’s name, the family asks that instead you do something outside and enjoy the sunshine.  Plant a tree, take a hike (you know Richard means that both ways), go fishing, go hunting, splash in the waves, enjoy the smell of a campfire, and just be good.