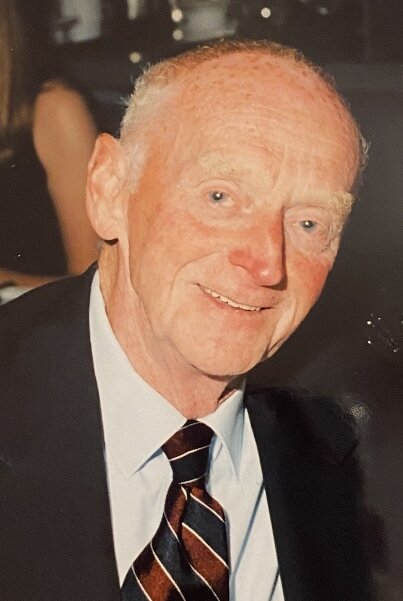 John Edward Driscoll, 88, of Pembroke died peacefully at his home on May 5, 2022 after a period of failing health. He was the son of the late Joseph and Alta (Wheeler) Driscoll. Born in Boston, MA and raised in Roxbury, he attended Roxbury Schools and Boston Trade School. John served in the Army during the Korean War. After discharge he owned and operated a gas station with his brother Joe, in Quincy, MA and later worked for General Motors in Framingham, MA for thirty years. After retiring from General Motors, he worked at Sacred Heart High School in Kingston, MA as the Maintenance Supervisor. He resided in Pembroke for over fifty years where he raised his family. John enjoyed playing golf, bowling, dancing, Irish Music, traveling and was an avid sports fan. John especially loved his grandchildren. He enjoyed watching their sporting events, plays, activities and their trips to the Irish Village.

He was loved and cherished by many people and will be greatly missed . He is survived by his wife Ruth, sister Marion F. Flavin, sons John, Daniel (Elisa), Steven and David (Sue Ellen). He is also survived by his stepchildren Sandy (Matt), Sharon (Doug), Mike and Mark (Tricia) along with several grandchildren, great grandchildren, nieces and nephews. He was predeceased by his siblings Joseph J Driscoll Jr, Alta Tatrault, Eleanor Hutchinson, Rita Driscoll, Francis Driscoll, Roger T. Driscoll, Barbara Driscoll, Eileen Andrews, Paul Driscoll, and his former wife Sandra Driscoll.

Visiting hours will be held on Thursday, May 12th from 3-7PM at the Shepherd Funeral Home, 216 Main St. Kingston, MA. A Funeral Mass will be held at Holy Apostles Parish (Former St. Joseph The Worker Catholic Church) 1 Maquan Street, Hanson, MA. on Friday, May 13th at
11am. Burial will follow at the Center Cemetery in Pembroke. In lieu of flowers you may donate to the Pembroke Council on Aging, 144 Center St., Pembroke, MA 02359.