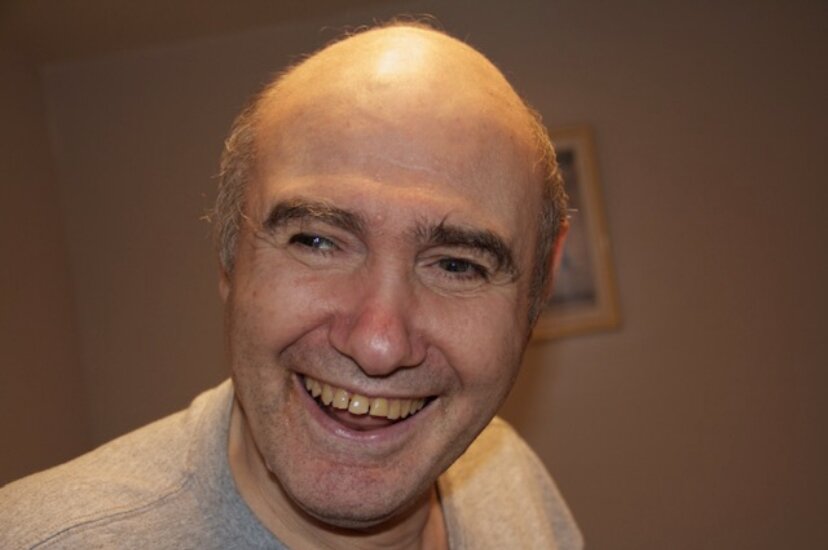 Please share a memory of Joseph (Paul) to include in a keepsake book for family and friends.
View Tribute Book

Joseph Venti or Paul as we all called him, moved into Road to Responsibility program in the mid 80's and has been the heart and soul of the program ever since.  It was said early on that he had more personality in his pinky finger than most people have in their whole body and he lived up to that, day in, day out.  The guy loved to dress up.  In his earlier years, it wouldn't be uncommon to find him outside working on the yard in a shirt, tie, slacks, and whatever fedora style hat he could get his hands on.  The only thing he loved more than dressing up back then was his Sunday dinners with his father.  He returned back to the house with a full belly, a big smile, and occasionally, an overindulgence from his father's wine...those Monday mornings were not fun.

Back when he was more mobile Paul enjoyed helping out at both the house and at his day program but those who gave him tasks knew very well that the tools you gave him more likely would turn into weapons after the task was completed.

In the more recent years, he had transitioned from the wild man he once was to the guy people would quietly admit to being their "favorite"...I know we aren't supposed to have favorites but Paul was definitely one of them for many people.  His infectious laugh could be heard throughout the halls of Plymouth Open Roads where he was a member  since he transferred there back when they were located in Marshfield.

Over the years at his residence, Paul brought much joy, laughter, memories, along with some minor bruising and slight scarring.  The team at his residence has been instrumental for the continued care and support he has progressively needed over the years and they did it in stride.  His passing will be tough for the team who supported him throughout the years, like Lee, Paula, Widson, and many many more.  Paul will be missed by his friends at the house, Josh, Michael, and his occasional "friendenemy", Stephen.  His loss will be felt by the residents next door as well, they spent holidays, birthdays, and participated in the exclusive RTR "Dinner Club" together.  The parties they have together will be a lot more quiet without Paul there to liven up the place.

Share Your Memory of
Joseph (Paul)
Upload Your Memory View All Memories
Be the first to upload a memory!
Share A Memory
Send Flowers
Plant a Tree