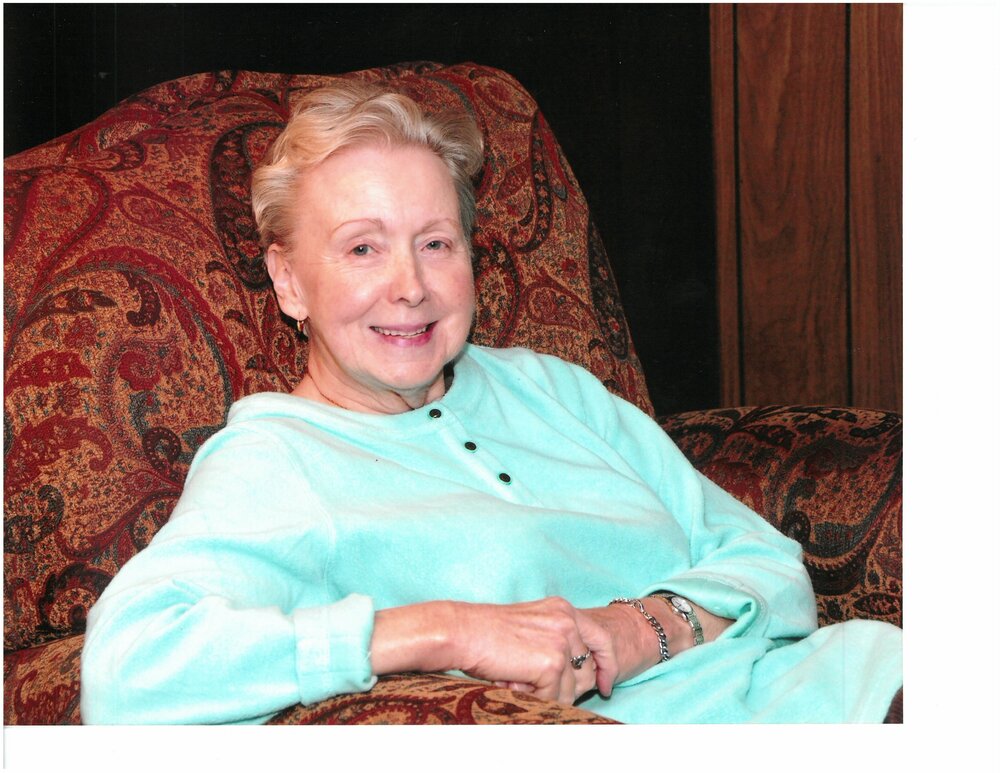 Please share a memory of Mary-Ann to include in a keepsake book for family and friends.
View Tribute Book

Mary-Ann Coyne, 83 years of age, passed away peacefully from natural causes at her home in Duxbury, where she had lived for forty years.  Mary-Ann was born February 15, 1939, to Mary Dube and Joseph M. Coyne.  Her father was a life -long employee of the Gillette company in Boston and she was her parents only child. Mary-Ann’s family lived in Dorchester, where she spent her childhood. She graduated from Girls Latin School and went on to attend the Massachusetts General Hospital School of Nursing during which time she lived with the other nursing students in the basement of the hospital.  Mary-Ann was licensed as a registered nurse in 1959 and spent most of her working life as a nurse.  Mary-Ann heeded a calling and became a nun with the Little Sisters of the Poor from 1963 to 1968 serving in New Mexico and Chicago before returning to nursing.  Mary-Ann became the Director of Nursing at the Frank Wood Convalescent Home in Mattapan, where she worked for 23 years.

Wherever Mary-Ann worked, she created a great many close friendships.  She was universally recognized by all who came to know her as a kind, wise, generous, loving, nurturing and supportive friend.  These qualities were no more self -evident than when she welcomed her sick, alcoholic cousin Patrick into her home in 2011.  Patrick was suffering from end stage liver failure, and Mary-Ann provided the unconditional positive regard necessary to nurse Patrick through his recovery from alcoholism and a liver transplant.  Mary-Ann’s unwavering commitment to Patrick provided a basis that has enabled Patrick to live a full and productive life.  During the last 10 years of her life, Patrick and Mary-Ann went on vacations in Canada and visited presidential homes in Ohio and Virginia.  Mary-Ann was also an animal lover. She had many pets of her own over the years, but her most significant relationship was with a dog named Pepsi who was owned by her next-door neighbors, Richard, and Carol Mueller.   Mary-Ann was known to have boxes of oatmeal cookies on hand to give out as treats to her furry friends in her backyard, who were unafraid of her.

Mary-Ann, known by some of her closest friends as “Penny” or “Olivia” will be remembered for her thoughtful kindness, gentle manner, her generous and loyal friendship, and devout Catholic faith. She is survived by her cousin Patrick O. Coyne and his wife, Sarah of Tisbury Mass, and many other cousins of the Dube and Coyne families.

Visitation is scheduled for Friday April 22, 2022 from 9-10:30Am at Shepherd Funeral Home, 216 Main St, Kingston Mass, followed by a funeral mass at 11am at Holy Family Church, 69 Tremont St., Duxbury, followed by burial at May Flower Commentary, 774 Tremont St., in Duxbury.

Charitable contributions can be made in Mary-Ann’s memory to Catholic Charities.

Share Your Memory of
Mary-Ann
Upload Your Memory View All Memories
Be the first to upload a memory!
Share A Memory
Send Flowers
Plant a Tree