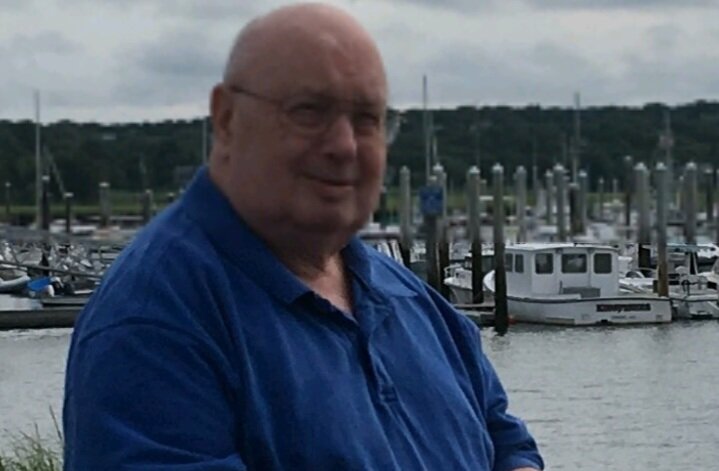 Edgar “Ed” Francis Moberg, 80, of Carver MA, passed away unexpectedly March 26, 2022 at Tobey Hospital. He is survived by his wife of 51 and a half years (August 8, 1970), Aurelia Ann (DiGiacomo) Moberg; sons, David Joseph and Kevin Michael, both of Middleboro MA; brother, Martin of Taunton MA; sister-in-law, Louise and her husband Frank Leland of Somerville MA; nieces, Jean Marie, Robin, and Laura; nephew, William; and great-niece, Naomi.

Ed was preceded in death by his parents, Elmer Bradford and Muriel (Willis) Moberg of Raynham MA; a twin brother at birth; and sister-in-law, Mary Van Winkle of Florida.

Ed was born in Brockton MA on January 11, 1942, and grew up in Easton MA, graduating from Oliver Ames High School in 1961. Among other cities of residence were Plympton, Whitman, Pembroke, and Weymouth, all in MA.

After high school, Ed served in the US Army from 1962 to 1964, working as a driver and mechanic in a unit named for General Patton.   He then served in the National Guard until 1966. Ed ended his work career as a computer operator for both Ocean Spray and then State Street Bank until retiring in 2003.

Ed was an active member of Saint Paul’s Church of the Nazarene in Duxbury MA where he served as the Head Usher and was also involved with the Men’s Group and the Primetimers.

From 1995 to 2015 Ed and Ann had active leadership roles in the New England area with the Retrouvaille Ministry for married couples, a practical program to improve communication, build stronger marriages, and help couples reconnect.

Ed loved his family. He served as an Assistant Scout Master in Plympton when his sons were involved. For many years the family enjoyed camping. He looked forward to bringing his family on annual trips to The Big E in western MA. He was an avid follower of the Boston Red Sox and Pawtucket Red Sox, attending games with his sons, once winning a tour of Fenway Park. He also collected baseball cards. He loved attending “Cruisin’” Car Shows around the state and took many photos of all the types of cars, which he shared on Facebook with his friends. He prided himself for knowing the details of each car and kept a catalog of them. Another interest that Ed pursued was his love of lighthouses, travelling around New England with Ann and his late friend, Dave Freeman, searching out, touring, and taking many photos, which he also shared. Ed had a passion for country music, especially the Statler Brothers and Jimmy Fortune, attending many of their concerts.

Ed took two memorable trips of a lifetime with Ann. In 2006 they visited the Holy Land. And in 2008, with a group from Retrouvaille, visited Italy and had an audience with Pope Benedict XVI, at the Papal summer residence, The Apostolic Palace of Castel Gandolfi.

Services for Ed will be held on May 4th from 2 to 5 with a service with Pastor Jeremy at 4pm at the Shepherd Funeral Home Located on 216 Main St. Kingston, Ma. A funeral Mass will be held on May 5th at 10am at St. Josephs Church on Main St. in Kingston followed by a burial at the National Cemetery in Bourne at 2:30.

In lieu of flowers, please consider donations to the charity of your choice,

Share Your Memory of
Edgar
Upload Your Memory View All Memories
Be the first to upload a memory!
Share A Memory
Send Flowers
Plant a Tree