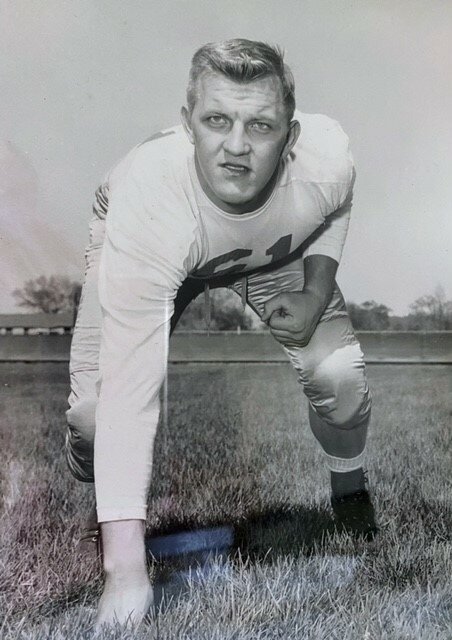 Robert (Bob) John Pietrzak, 83, of Duxbury, beloved partner, father, brother, and grandfather, passed away suddenly on April 3. He is survived by his partner, Mary Harris; three daughters, Elizabeth (Liz) Adams née Pietrzak, Karen Pietrzak Clay, Sheila Lewis; brother John Pietrzak; stepdaughter Jessica Greene; grandchildren Casey Adams, Emmett Adams, Christopher Adams; Jordan Clay; Eben Lewis, Keegan Lewis, and Faith Greene. Bob was born on November 25, 1938 to John Pietrzak and Helen (née Lazarecki) Pietrzak of Detroit, MI. He received his Bachelor of Science from the University of Notre Dame in 1961, where he was a proud member of the Fighting Irish Football Team.  Go Irish!  He was a semi-retired marketing consultant, and loved living on the South Shore. He was active in sailing, skiing, and community theater. He also enjoyed serving his community through work with the church, local public schools, the Big Brother Organization, and other community groups.

Bob had a zest for life and friendship.  His daughters remember Bob best by his filling their childhood home with music, and his oldest friends remember him best for tackling opponents on the hallowed grounds of Notre Dame Stadium.  He was a devoted parishioner at Holy Family Church in Duxbury. Bob was tremendously close to his partner Mary’s Family including Brian and Sheila Harris and their children Kylie, Avery and Trevor; Melissa and Michael Colombo and their children Maria and Cecilia and especially William (Billy) Harris who brought so much joy into his life. He was beloved by many friends and colleagues and will be very much missed.

Funeral mass on Saturday April 23, 2022 at 10 am, Holy Family Church, 601 Tremont St., Duxbury, MA, with interment of ashes to follow. Following the interment, a celebration of Bob’s life will be held at Duxbury Bay Maritime School, 457 Washington St., Duxbury, MA.