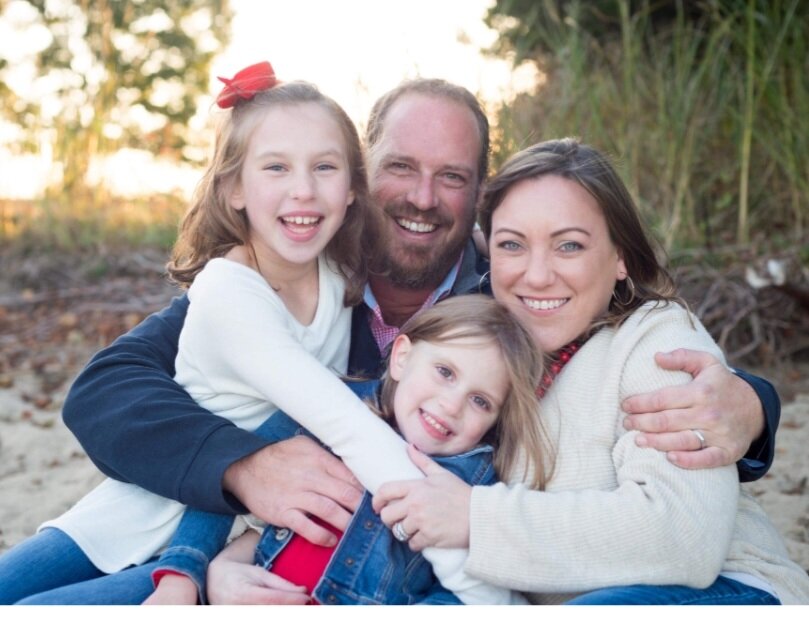 A resident of Kingston, Drew was born to Charles and Debra Taft in Atlanta, Georgia the perfect middle child to siblings Ryan and Sarah.  Raised in Duxbury, Massachusetts Drew grew up with a large wholesome group of family and friends spending time at the beach, playing cards into the late hours, and palling around the neighborhood.  Visits to his Grandparents, football, wrestling, and Formula One Races were just a few of the ways Drew occupied his time as a youth.  After graduating from Duxbury High School he continued his education first focused on Business Administration and Management at Western New England University in Springfield before moving on to Western Colorado University in Gunnison, Colorado where he finalized his education in English Literature.

During the summer, just before his last semester in college, Drew and Devon connected as soulmates, best friends forever, and never looked back.  Their love story spans more than two decades, includes two beautiful daughters, Lila and Hailey, with the most recent addition Murray their Goldendoodle.  Always the first to hold a baby, it’s of no surprise that Drew became the ultimate Girl Dad, a fierce protector, chauffeur, cheerleader, and coach, he never wavered as an incredibly loving Father.  An avid family man, vacations, sunset dinners, and trips to the beach were some of the best moments they spent together.

A great listener, charismatic and charming with a heart of gold, a big beaming smile, boisterous laugh, and an absolutely hilarious sense of humor, Drew had the uncanny ability to befriend everyone he met.  An infectious personality, the true life of the party, Drew lit up the room from the second he walked in.  A problem solver through and through, there was no façade, with Drew, what you see is what you get.  Drew didn’t discriminate, belly laughs for all, the best hugger in history; always putting everyone before himself, he loved hard and cared deeply, never afraid to show his feelings, exuding a presence that his family and friends cherish.

Drew perfected the art of scrambled eggs, devoured Pringles, had a thing for Hot Hot Hot Sauce, would eat just about anything, thrived on Hot Yoga, and enjoyed collecting Sea Glass.  His taste for music ranged anywhere from Built to Spill to Taylor Swift and everything in between, even (some) musicals.  Liars and fakes were at the bottom of his list, right along with shoveling and his handyman skills (or lack thereof).  For love of the game, baseball, boxing, and football were all on Drew’s list of favorites but it is dancing in the kitchen with his girls, fantasy football and golf that were the major standouts, despite his two left feet, terrible luck and less than stellar scorecard.  Drew’s passion, integrity, and commitment showed in everything he did, whether personal or professional, his dedication and pursuit to flourish did not go unnoticed.  With pride in his ability to woo a rock, he was made for sales, a twenty-year career, as one of the best, where he continuously excelled.

A loving Husband, adoring Father, caring Son, a Brother to lean on, and a Forever Friend, undoubtedly missed beyond measure, Drew is survived by his courageous Wife, Devon, two incredibly strong Daughters, Lila and Hailey, his Best Buddy Murray, Parents Charles and Debra, Siblings Ryan and Sarah (Chris), as well as numerous Nieces and Nephews.

It is not the length of life, but the depth of life; Drewfus, you will be missed as deep as the ocean is, but the love for you is as infinite as the crashing waves.  We will see you again someday, walking alongside the shore, collecting seashells.

At the request of the family, services and interment will be private.

In lieu of flowers, you may help support Devon, Lila, and Hailey with a direct donation via VENMO to: Devon-Taft-1

Share Your Memory of
Andrew
Upload Your Memory View All Memories
Be the first to upload a memory!
Share A Memory
Send Flowers
Plant a Tree