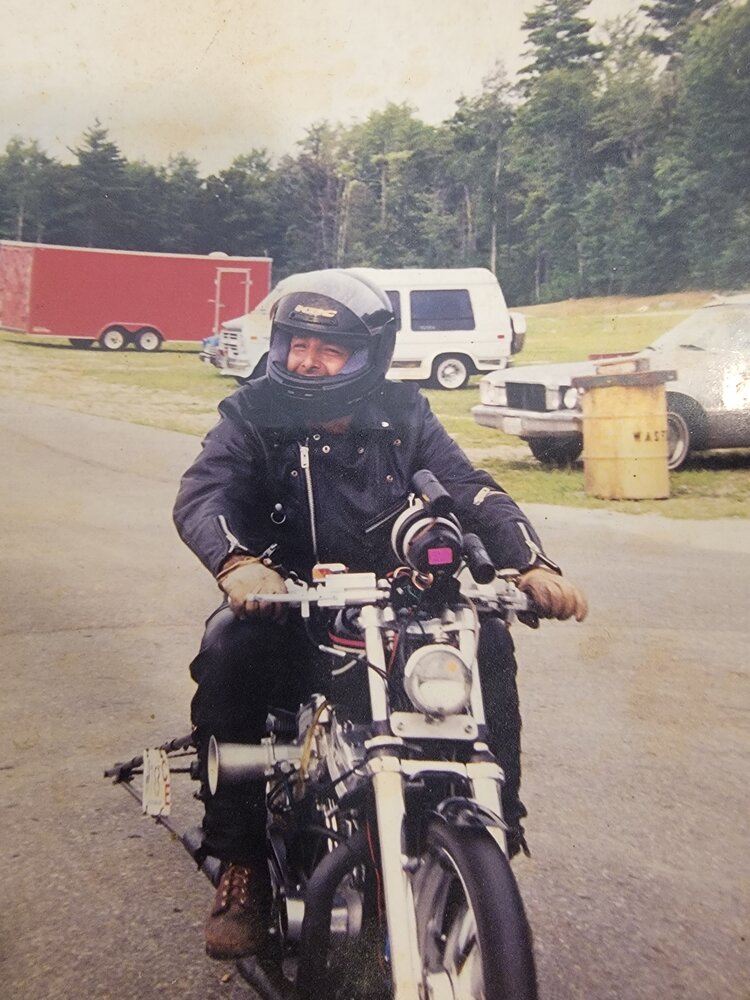 Harold Robert Irish, 71 of Carver, Massachusetts passed away March 18, 2022 at home, peacefully in his sleep.  Harry was a life long motorcycle enthusiast known by many as "The Hornet." He loved his family and friends wholeheartedly.

He joins his father Oaklo, mother Edith, and his son Cody.

He leaves behind his wife Debra Irish and his children Megan, Jeremy, Asa, and David Irish as well as his grandchildren Nicholas, Sofie, and Edith Irish.  Harry was loved by many and will be missed dearly.

Calling hours will be held at Shepherds Funeral Home in Carver, Massachusetts on Friday March 25, 2022 from 4pm-7pm. A celebration of life for Harry will be announced at a later date.

Share Your Memory of
Harold
Upload Your Memory View All Memories
Be the first to upload a memory!
Share A Memory
Send Flowers
Plant a Tree