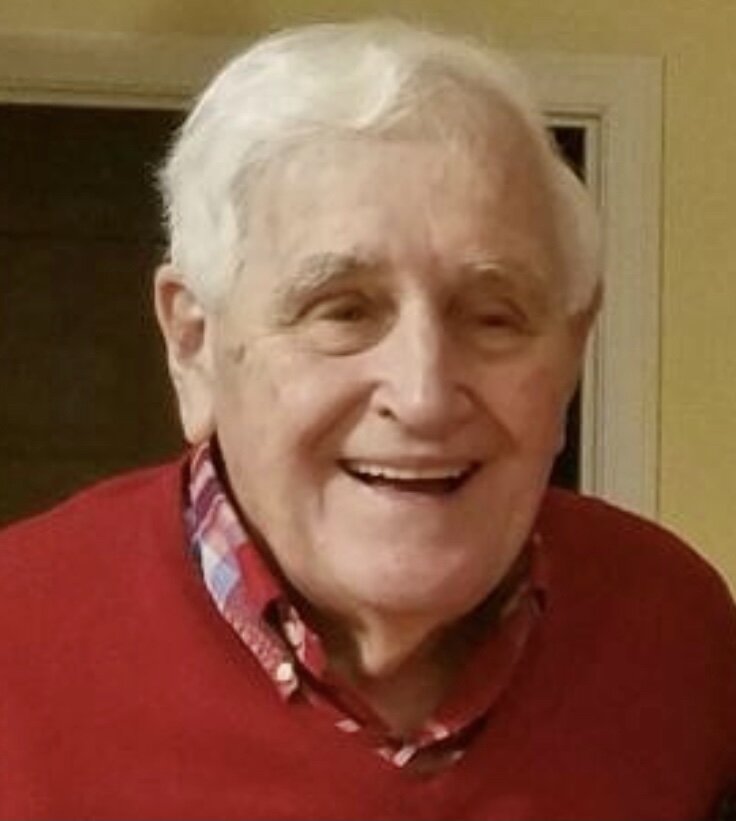 De Vere Charles Wusenich of Kingston, a retired teacher from the Whitman Hanson School District and a former member of the United States Army who was stationed in Germany for two years, died peacefully at his Kingston home on Wednesday, March 16. He was 87. De Vere Charles (Chuck) Wusenich enjoyed an active and productive journey throughout his life that was characterized by his kindness, caring spirit, sense of humor, dry wit and generosity.

Born in Janesville, Wisconsin, on August 29, 1934, he was the son of Katherine Seoma Wusenich (Champion) and John Joseph Wusenich. He was a graduate of Janesville High School. He was also a graduate of Milton College and received a Masters Degree from Northern Illinois University.  As a dedicated history teacher and senior class advisor (in Illinois), he believed in the importance of having his students travel to Washington D.C., so they could view first hand the workings of our government. He was diligent in making sure his students were able to raise the funds necessary for these important trips.

He was a true patriot and believed in volunteerism. He served for over 25 years as a Kingston Registrar, was Chairperson of the Kingston Republican Town Committee, and was a former Grand Knight of the Knights of Columbus (Council 4480) where he volunteered every Sunday for their Bingo Fundraisers. This commitment to volunteerism followed him throughout his adult life.

He was an avid reader and had a great love for history. This was evident as he traveled to over 40 states visiting statehouses and Presidential homes to enhance his historical knowledge.

Chuck was a devoted and loving family man who took pride in instilling his love of country to his wife Mary Ann and two daughters Mary-Lee and Julie.  He was a Communicant at St. Joseph's Church in Kingston.

He was a true fan of the Chicago Cubs, Chicago Bears, the Green Bay Packers as well as the Boston Red Sox and the Celtics. He enjoyed playing golf from the age of 13 where he learned to play at the Janesville Community Golf Course.

In retirement, Chuck enjoyed Friday afternoon bridge at the Kingston Senior Center and playing pinochle with his buddies.

He is survived by his loving wife of 55 years, Mary Ann (Nappi), two daughters Mary-Lee of Kingston and Julie of East Boston; a brother Guy and his wife Shirley of Rochester, Michigan; a sister-in-law Dorothy Nappi of West Roxbury; a brother-in-law Richard Nappi and his wife Susan of Plymouth and several cousins, nieces, and nephews. He was preceded in death by his sister, Ann Marie Wusenich.

A funeral Mass will be celebrated at 10:00 am on Tueday March 29th at St. Joseph's Church (and virtually) , 270 Main St in Kingston.  Burial will be private.

In Lieu of flowers, donations may be made to the Saint Vincent de Paul Society, St. Joseph's Church, 272 Main Street, Kingston, MA 02364.

Share Your Memory of
De Vere Charles “Chuck”
Upload Your Memory View All Memories
Be the first to upload a memory!
Share A Memory
Send Flowers
Plant a Tree