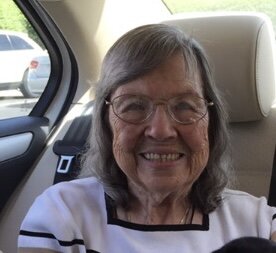 Betty was born to the late William and Violet Langley on September 16, 1930 in Lancaster, PA. She graduated from Clara Barton Vocational High School in Baltimore, MD. She then met her late husband Richard Bonney whom she married in 1958.

Betty was a wonderful mother to her own son Christopher, as well as the many foster children she cared for over her lifetime. She had the most caring heart and truly touched the lives of everyone she met.

Betty was an extremely selfless person who preferred to volunteer her time. In 2009, she received the President’s Call to Service Award which is awarded by the President of the United States to people who have completed more than 4,000 hours of community service. She was also an active member of the Silver Lake Chapel in Plympton, MA.

Betty is survived by her loving son, Christopher Bonney, and former daughter-in-law Julie Bonney. She was the devoted grandmother of Brittany Gomes and her husband Kevin, Jacquelyn Bonney and her fiancé Kevin, and Georgia Bonney. She was also the proud great-grandmother of Shea and Teagan Gomes. She also leaves behind her sister Barbara Ross and her husband Peter; her brother Barry Langley Sr; and her brother-in-law Robert Bonney and his wife Adeline; as well as many nieces and nephews. She is preceded in death by her husband Richard Bonney, her parents, and her brothers William Langley, Robert Langley, and Burke Langley. She will be greatly missed.

Services will be kept private.

Share Your Memory of
Elizabeth
Upload Your Memory View All Memories
Be the first to upload a memory!
Share A Memory
Send Flowers
Plant a Tree