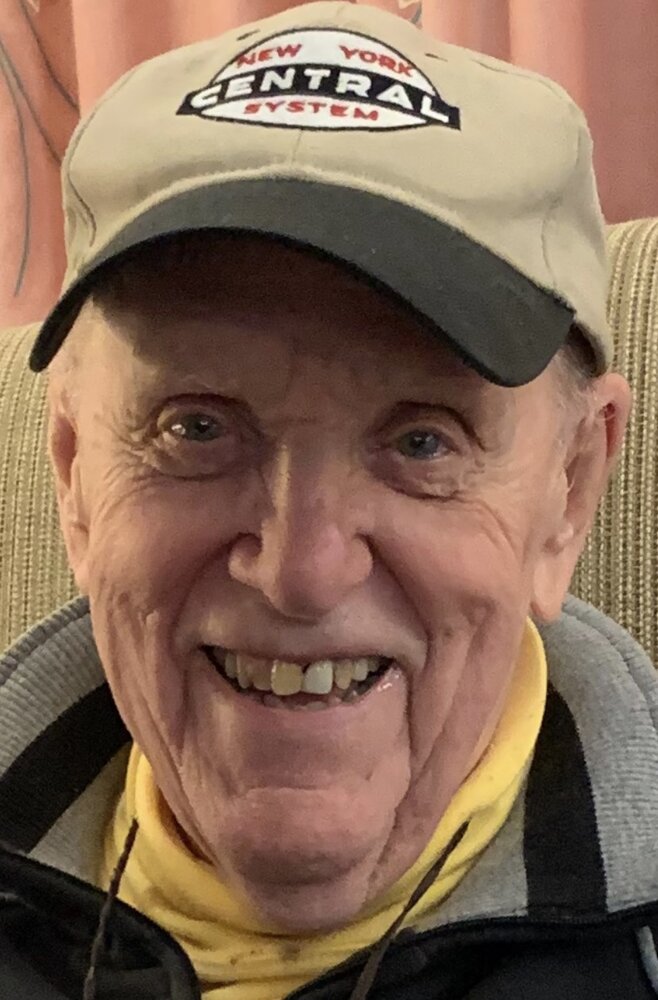 On  February 2, 2022 George L. DeGrasse of Carver loving husband and father of 3 sons passed away at the age of 96.

George was born July 17, 1925 in Boston to Louis DeGrasse and Helen (Kearney) DeGrasse. He was married to Mary for 68 years who passed away December 17, 2021. He is survived by his sons Steven and his wife Jodie of Plymouth , Tom and his wife Elaine of Abington and Richard  of Middleborough. He was a World War II veteran machine gunner and bombardier on B-17‘s. He received his bachelors from Northeastern University, his masters from Boston University and a second masters from Union College. He worked as a pharmacist and also taught in the Hingham school system. He was an avid Red Sox fan. He enjoyed hunting, long walks in the woods, entertaining the room with his knowledge and humorous stories. He is also survived by seven grand children and six great grandchildren.

A Memorial Tree was planted for George L.
We are deeply sorry for your loss ~ the staff at Shepherd Funeral & Cremation Service - Carver
Join in honoring their life - plant a memorial tree

Share Your Memory of
George L.
Upload Your Memory View All Memories
Be the first to upload a memory!
Share A Memory
Send Flowers
Plant a Tree