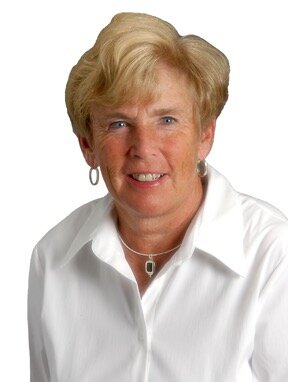 Carol M. Gerety passed away peacefully on January 13th at the age of 78 after a courageous battle with Lewy Body Dementia.  Carol loved meeting new people.  She was a spirited conversationalist who always made you feel accepted.  If you were lucky enough to have met Carol, you no doubt had a long conversation about Duxbury Beach or her family.

Carol is survived by her loving husband of 54 years Bill, their three children Kerri of Kingston, Bill and his wife Maureen of Braintree, and Patrick and his wife Claire of Duxbury, and her brothers and their wives Frederick and Sheila of Wilmette, Illinois and Charles and Fran of Taunton.  She is also survived by her six grandchildren: Julia (22), Liam (18), Grace (16), Greta (14), Katie (12) and Lilah (12).

Born in Taunton, she was the daughter of Frederick and Muriel Fitzsimmons.  Carol (a.k.a. Fitzy) was a proud graduate of Saint Mary’s where she developed lifelong friendships.  She earned her BA in Biology from Bridgewater State College.  Among Carol’s many talents, she was a schoolteacher, caterer and real estate agent. But her favorite role of all was that of grandmother.

Throughout the years, Carol was a champion for Kerri and never missed a sporting event where Kerri acted as manager.  In recent years, Carol spent most of her time cheering on her grandchildren at games all around the South Shore.  Carol and Bill were able to fulfill their dream of retiring to Florida.  They were residents of Naples Heritage for many years where Carol developed a passion for golf and real estate.  While in Florida Carol’s favorite saying became “its five o’clock somewhere” and she was always up for a glass of Pinot Grigio.  She loved the warmth of the sun and spending time on the beach in Duxbury and Naples.  She also loved to shop.  We are most certain that Talbots and Marshalls revenues will dip as a result of her passing.

Her family asks that you remember her with laughter and that you tell a good long story about the beach or her family in her honor.