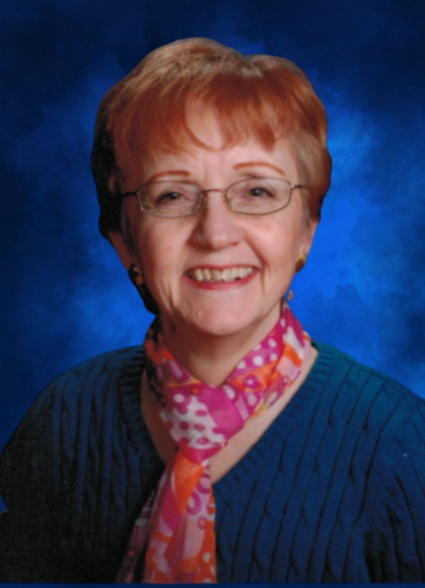 Surrounded by love, Karen (Cook) Troupe passed peacefully at home in Kingston, MA on December 27, 2021, at the age of 72.  She lived a life of positivity, kindness, giving, and faith, adding the mantra “just keep swimming” while trying everything for three years to overcome ovarian cancer.  She didn’t want to leave us, but she promised to keep watch over us and knew she’ll see us again.

Karen was born in Weymouth on December 10th, 1949, the middle child of seven, to Bob and Frances Cook.  She met her soulmate and love of her life, Roger, over CB radio, the ultimate in social media in 1967.  With the blessing of Roger’s parents, Roger and Ruth Troupe, they married on May 10th, 1970, the day the Bruins won the Stanley Cup thanks to Bobby Orr’s iconic goal.

Karen and Roger settled into their house in Pembroke where they soon welcomed daughter Wendi, and three years later, son Michael.  They enjoyed life on Birch Street for almost a decade before moving to Kingston, where their home has been filled with the lighthouses that she so loved.  Wendi and her husband Chris, Karen’s son-in-heart, gave her the gift of two grandsons, Dan and Ryan.  She was tickled to become a young Grammy at the age of 49, and her face lit up whenever she talked with or about her grandsons.  Nothing brought her more joy and pride than her family, which always came first.

Karen was an active member of St. Andrew’s Episcopal Church in Hanover for almost fifty years, serving as a member of the vestry and acting as Director of the lay readers, and more recently, she served as the secretary of her local Friends of the Library.  In their forties, she and Roger found a shared love of ballroom dancing and ocean cruising.  They served together on the Board of Directors of South Shore Dancers for nineteen years.  At SSD events and on cruise ships, they were easily spotted as 6’ 4” Roger led 5’ ¾” Karen around the dance floor; that ¾ inch was very important, don’t you know.

Karen shared her talents at numerous companies over the years, including Nickerson Machinery, Relocation Resources / Weichert Realtors, and Peach New Media / Abila.  In addition to being a talented research analyst, she was a mother figure to her coworkers, offering advice, celebrating the highs, and supporting during the lows.  If you needed a bandage, a safety pin, a battery, a screwdriver, or seemingly any random item, you could visit Karen, and she’d most likely have it in a drawer.

One of Karen’s proudest achievements was earning her Associate in Science Degree from Fisher College in May of 1999.  She was among the oldest students in her classes, which actually made her smile.  Demonstrating how much she valued further education was so important to her, no matter at what age.

Visiting hours will be from 4 to 8pm on January 6th at the Shepherd Funeral Home at 216 Main Street in Kingston, MA.  A service will be held at the funeral home at 10am the following morning.  The family asks that you please respect their request to wear a mask while inside the building.  A celebration of Karen’s life will be held at a later date.

In lieu of flowers, please consider doing an act of kindness in Karen’s honor or making a donation in her name to the National Ovarian Cancer Coalition (www.ovarian.org).

Share Your Memory of
Karen
Upload Your Memory View All Memories
Be the first to upload a memory!
Share A Memory
Send Flowers
Plant a Tree