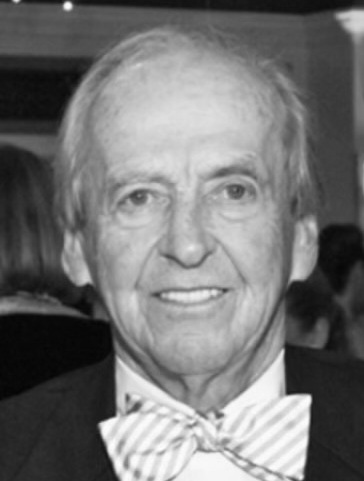 Kent passed away unexpectedly on November 2nd after 84 wonderful years of life. Kent’s wife and children were by his side at Beth Israel Deaconess Hospital in Plymouth at the time of his passing.

Kent leaves behind his partner and love of his life, Elizabeth (Evans) Paige, adored daughter Heidi (Paige) Marcotte of Duxbury and her husband Richard, Todd Durgin Paige of Pennington, New Jersey and his wife, Susan, and Squire Tobin Paige of Boston and his husband Matthew Gillen. Kent also leaves behind cherished grandchildren Alexandra, Charles, Bradford, Elizabeth, and Jonathon, great granddaughter, Paisley, and 10 nieces and nephews. Kent was the loving brother of Glenn Durland Paige (deceased) of Honolulu, Hawaii and is survived by Glenn’s wife, Glenda.

Prior to his high school years, Kent lived in his birthplace of Rochester, New Hampshire and Provincetown, Massachusetts before settling permanently in his beloved town of Duxbury Massachusetts. While at Duxbury High School Kent took part in a variety of activities. His love of music began as he sang in the choir, played in the ensemble and joined a barbershop quartet. He was part of the student council and became President his junior and senior years. Perhaps most memorable was his joy and talent for athletics, playing baseball and basketball, where his opponents learned to fear the shorter guy. The most significant part of high school, however, was meeting his wife. Also, during his high school years, Kent established his well-known work ethic working summers at Duxbury Beach Park, formerly known as Blakeman’s.

Upon Graduation in 1956, Kent enlisted in the Air Force. He trained in Illinois and was later transferred to the Strategic Air Command in Greenland. Due to the death of his stepfather, he was honorably discharged from service in order to help run the family shellfish business on Standish Shore, Walter M. Smith’s, Inc., driving delivery trucks from Boston to Cape Cod to Rhode Island by day and attending to financial needs by night. In 1961, Kent began his 32-year career at Rockland Trust Company. In his early years he acted as Treasurer and Manager of the banks’ Marshfield Office and as Treasurer of the Marshfield Plaza Businessmen’s Association. In 1969 he was selected to head the banks’ Master Charge Division and later became Senior Vice President and Director of Credit Data of New England. Kent completed his professional life at Key Bank in Boston, retiring at age 62.

While a noteworthy worker and professional he was, it was Kent’s light-hearted, kind and genuine connection he made with people that was so special and what will be his eternal legacy to all who knew him. A deeply supportive and loyal husband, proud and influential father, and cheerleader of all grandchildren were his greatest family accomplishments and pleasures. Friends gravitated to Kent because he was so attentive, and he always had a cheery sensibility that was contagious. But aside from family and friends, Kent was one of those extraordinary human beings that made everyone he came across feel valued. He cared about people and believed that each had a story worth learning about.

Family and friends are welcomed to gather in Kent’s memory at 3:00PM on Saturday, November 20 at St. John the Evangelist Church at 410 Washington Street, Duxbury. A reception will immediately follow the service. Those unable to attend can stream the service online at stjohnsduxbury.org. In lieu of flowers, consider a donation in Kent’s honor to Duxbury Beach Reservation at https://www.duxburybeachreservation.org/ OR the Center for Global Nonkilling at https://nonkilling.org/center/ of which Kent’s brother Glenn is Founder.

Share Your Memory of
Kent
Upload Your Memory View All Memories
Be the first to upload a memory!
Share A Memory
Send Flowers
Plant a Tree