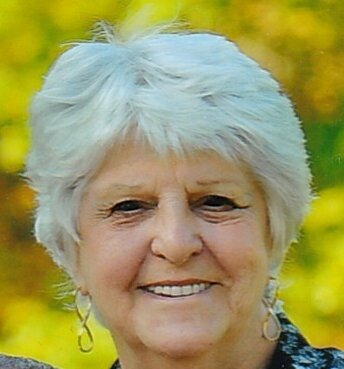 Maureen Frances Phillips (Churchill), 79, of Middleborough, was called home to Heaven on October 21, 2021. Born in Boston, MA, to Mary Etta Parks, she was raised in Hyde Park, along with her sister Ann. During this time, she especially cherished the time she spent with her grandmother Mary Ellen Keegan, who held a special place in her heart!

After leaving Hyde Park, Maureen lived in several places before finally settling in Middleborough, MA with the love of her life, the late George “Bill” Phillips, Sr. It is here that they raised their blended family of seven children. Her number-one priority was always her family; however, she did find time to work, holding several jobs from school bus operator to pre-school teacher. Her last job prior to retirement was as a cook’s assistant at the Middleborough Council on Aging. While working at the C.O.A., Maureen developed friendships with co-workers and patrons alike. Most importantly, she will be remembered as a loving and devoted wife, mother, grandmother, great-grandmother, and friend, and will be sorely missed. Anyone who had the privilege of knowing Maureen is the better for it.

Maureen was married to George “Bill” Phillips Sr. for 39-years until his passing in 2016. She is survived by her sister Ann Molinario of West Bridgewater, MA, along with her children Pamela Phillips and David Robinson of Plymouth, MA, Susan Nelson of Wareham, MA, George “Bill” Jr. and Cynthia Phillips, Daniel and Patricia Delaney, James and Amy Cutting, and Matthew and Elizabeth Phillips, all of Middleborough, MA. She also leaves behind 13 grandchildren, 14 great-grandchildren, and several nieces, nephews, and cousins. She was predeceased by her son William Cutting of Englewood, FL and son-in-law Scott Nelson of Middleborough, MA.

Share Your Memory of
Maureen
Upload Your Memory View All Memories
Be the first to upload a memory!
Share A Memory
Send Flowers
Plant a Tree