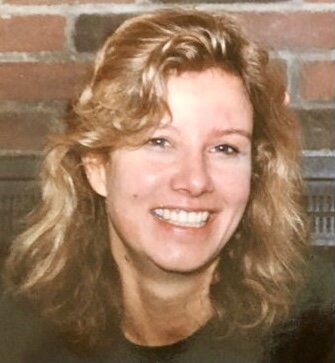 Stephanie Ann (Sanderson) Legg died on September 30, 2021, after a brave and long battle with kidney cancer. Stephanie was born at St. Vincent’s Hospital in New York City, NY on July 8th, 1960 to the late Stephen Abbott Sanderson and the late Beatrice Marian (Paris) Sanderson. She is survived by her husband of 24 years Donald “Donnie” Legg and their son Steven Donald Legg; her sister Patricia “Patty” (Sanderson) Higgins and her husband Mark of Okemos, Michigan; their children Meghan and Kimberly; her in-laws Don and June Legg and their children Leslie (Michael), Jill (Scott), John (Charlotte), Jenifer (Steven), Michael (Nancy), and Anthony; and numerous nieces and nephews.

After settling into a family lifestyle in Brooklyn after the birth of Stephanie, the family moved to Tenafly, New Jersey in 1963, where her sister Patty was born, and where the family remained until Stephanie and Patty graduated from Tenafly High School.

After graduating from Tenafly High School early in January of 1978, she attended George Washington University in Washington, DC until early 1980 when she relocated to New York City and held different positions before landing at the Kennecott Copper Company in 1980 as a contract administrator and sales executive. Here she learned futures trading in base metals. Stephanie’s career flourished when she accepted a position as a London Metal Exchange trader with David Threlkeld & Company, Inc. and relocated to Vermont and traveled between New York City and London, England. Stephanie cherished these times and developed great friendships which continued throughout her lifetime.

Stephanie met the love of her life, Donnie Legg, in April of 1994 and they married on November 27, 1997 and moved to Voorhees, New Jersey. She gave birth to their beloved son, Steven Donald Legg on February 6, 2000 where they stayed until 2001.

After the heartbreak of 9/11 and the tragic loss of friends, a move to New England provided some timely solace to Stephanie when Donnie accepted a position in Boston. The family settled in Kingston, Massachusetts in 2002. Stephanie’s father, Stephen, passed in 2002, and since he grew up on the South Shore (Milton), Stephanie embraced the opportunity to introduce their son Steven to his grandfather’s childhood home state home.

Moving to Kingston provided Stephanie the opportunity to involve herself in the amazing community spirit of volunteerism that thrives in Kingston at state, local and religious levels. Stephanie loved being an active member of Christ Church Plymouth in Plymouth, MA and considered that Parish as her second home and refuge during particularly frightening and lonely times.

A memorial service will be held on Saturday, October 23, 2021 at 11:00am at Christ Church Parish, 149 Court Street, Plymouth Massachusetts. In lieu of flowers, memorial donations may be made to the Norwell Visiting Nurses Association (NVNA) and Hospice (https://www.nvna.org/nvna-and-hospice-charitable-fund/), Dana Farber Cancer Institute (https://www.cancerresearch.org/join-the-cause/donate/one-time-donation) or Christ Church Parish, 149 Court St., Plymouth, MA 02360.

Share Your Memory of
Stephanie Ann
Upload Your Memory View All Memories
Be the first to upload a memory!
Share A Memory
Send Flowers
Plant a Tree