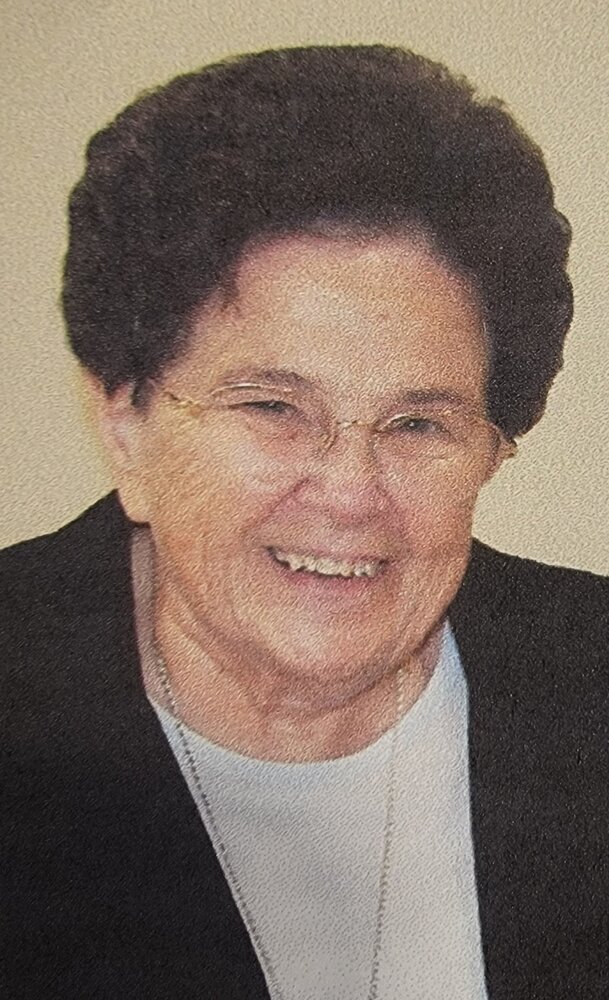 “Let the little children come to me. The reign of God belongs to such as these.” Luke:18:17

The effectiveness of Sister Ann Therese’s ministry as an educator is rooted in the above words of Luke’s Gospel. She lived with a welcoming spirit, expressed in her warm smile and hearty laugh! Even in her illness, she could at times be found whistling a happy tune.

Born Helen Connolly, she was the oldest of John and Ann (Zablosky) Connolly’s three daughters. Her parents and her sister, Patricia (Connolly) DiGiusto, have preceded her in death. She leaves her sister Terry Brennan and her husband Kevin, her brother-in-law Robert DiGiusto, as well as many nieces and nephews.

Having been educated in the Quincy, MA public school system, Sister Ann Therese met the Sisters of Divine Providence through Sisters who taught her in CCD classes. She joined the Community on February 7, 1960. Following her novitiate studies, she was assigned to teach at St. Bridget’s school in Abington, MA, the beginning of a long and successful life of ministry. She and her good friend, Sister Sheila Molloy, RU, collaborated in serving parish schools in Stamford, CT. They later served the parish of St. Mary in Richmond, VA, as principal of the school and pastoral minister, respectively. With her strong belief in Catholic education, Sister Ann Therese successfully turned around the school’s struggling enrollment. Before returning to Sacred Heart Elementary School in Kingston, MA, Sister Ann Therese served as principal of St. John’s School in Attleboro, MA.

In addition to her service in Catholic education, Sister Ann Therese was devoted to the Community of the Sisters of Divine Providence, serving for five years as a member of the Provincial Council in Kingston. Whatever task she embraced was energized by her enthusiastic and creative spirit for life. At the opening of each school year, Sister Ann Therese would present her faculty members with a creative symbol, expressing a theme for the year. As she has now been welcomed into eternity, I expect that her symbol would express the joy and peace that are hers. Along with the little children, she has welcomed so many others with her loving heart and is now enjoying the reign of our Provident God.

Donations can be made in Sister Ann Therese Connolly name to the Lourdes Center at 363 Bishops Hwy, Kingston, MA

Share Your Memory of
Sister Ann
Upload Your Memory View All Memories
Be the first to upload a memory!
Share A Memory
Send Flowers
Plant a Tree