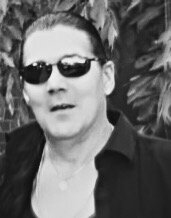 Robert graduated from Plymouth-Carver High School in 1982. He attended the Rhode Island Trade Shop School for Auto Body Repair and painting. He worked at Boston Whaler building boats, then worked for the Carpenters Union Local 33 for many years with his father. He also fixed and painted cars with his brother-in-law, he was an all-around handy man.

Robs favorite hobbies were riding his motorcycle, watching the Antique Car Road Show, cooking, going to the gun range. He also loved to collect Invicta Watches. Rob had a great sense of humor and was always looking to get a laugh out of everyone. He was a great father, son, brother, uncle and friend to many. He was also a father figure to his nephew Dustin

Even though divorced, Robert and Sandy made their daughter Brianna a priority, which is why they had a special relationship. Roberts greatest pleasure was talking every day to his daughter and spending time with her. He was looking forward to walking her down the aisle in a few weeks. He was so proud of her. Not only was family the joy of his life, his dog Brandi was as well.

He will be missed and forever be in our hearts.