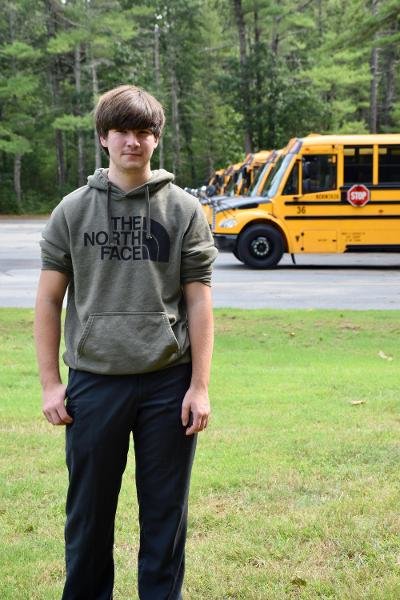 Alasdair Chambers of Morgantown, WV was tragically taken from this world on Friday, July 23th 2021 in an accident. Alasdair was a kind soul and his mom’s Baby Boy and his dad’s Little Dude. Alasdair was born on April 22nd, 2004 in Framingham, MA. He is a former student of Old Colony Regional Vocational Technical High School. For most of his childhood he grew up in the Town of Carver, Massachusetts. He is survived by his loving parents Kathryn (Marcolini) and John Bandzul, his brother Cameron Chambers, his sister Morgan Bandzul, all of Morgantown, WV; his Grandmother, Erina Marcolini of Carver, MA; his Nana, Carol Chandler of Rockland, MA; and his Grandfather, Thomas Bandzul of Burke, VA; his Great Grandfather Charles Chandler, as well as his Aunts, Uncles and his cousins. As he rose into the gates of heaven he heard the calls of his Papa, Robert Marcolini calling out to his Button Boy and his Grandpa Bob Hussey was ready to go ear for ear with corn on the cob. He will also be missed by his best friends Ray Boutiette, of Carver, MA, who was always loyal and caring and Colin Harvey of Pine Bush, NY, who was one of his closest confidants.

Al was an old soul, who looked at the world with a big heart.  He was always thinking of others, wanting to make the people around him laugh and smile.  Alasdair was an outdoors man through and through.  If he could be outside, he would be.  He played basketball and baseball with such spirit and enthusiasm, so many coaches told us that he was the only player that would listen the whole time and give his everything.  That is what Al would do, give his everything for anyone.  He was so giving and loving and caring.  He also loved his dogs, his own and everyone else’s.  He had a few over the years, but his favorite buddy Bruno, was there at St. Peter’s gate to greet him with a million kisses.

Al would not want us to be sad.  He would want us to remember the good times with him.

Memorial visiting hours will be held on Thursday, August 5th from 3-7:00 PM at the Shepherd Funeral Home, 116 Main St, Carver. A funeral mass will be held on Friday, August 6th at 11:00 AM at St. Kateri Church, 126 South Meadow Rd, Plymouth. Graveside services will follow at Union Cemetery in Carver

Donations can be made to Carver EMS Community Fund or the Old Colony Foundation in Alasdair’s memory.

Share Your Memory of
Alasdair
Upload Your Memory View All Memories
Be the first to upload a memory!
Share A Memory
Send Flowers