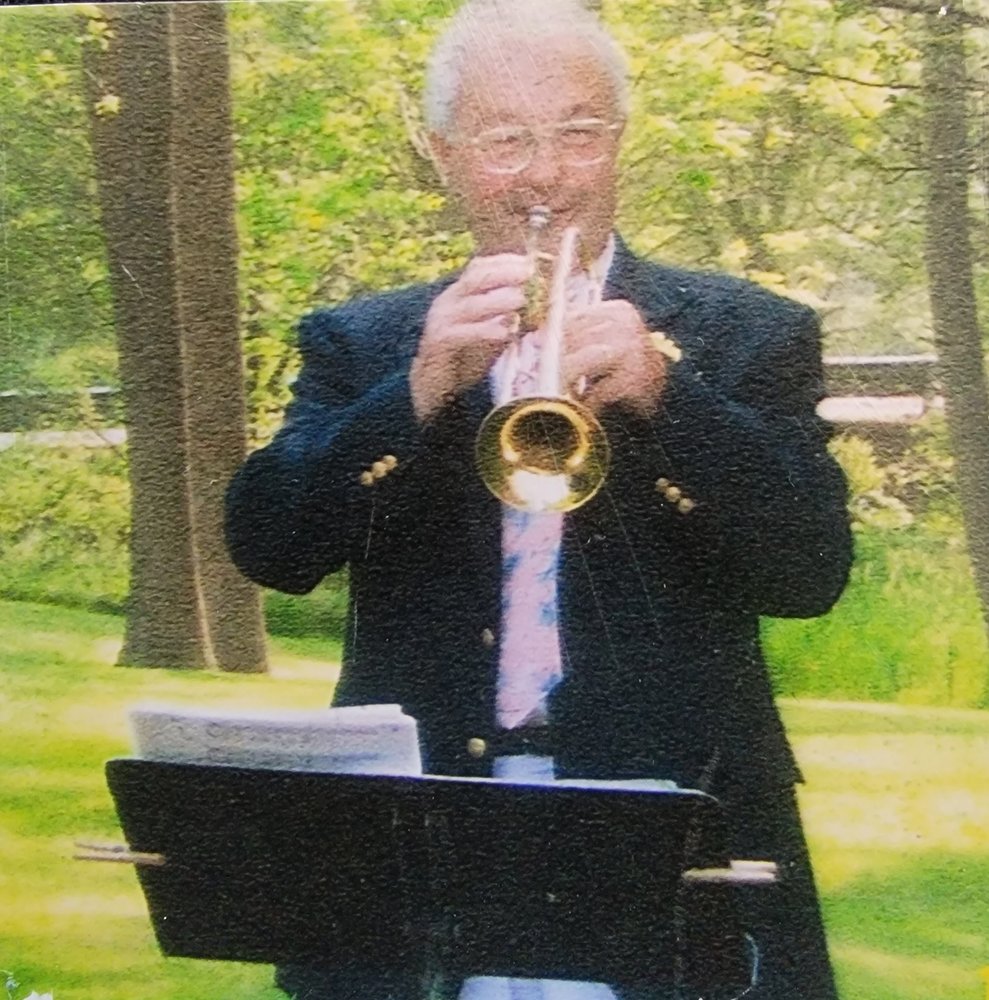 Donald C. Besegai of Kingston passed away on May 8th.

Don was born on April 23, 1929 to the late Ida and Paride Besegai. Donald grew up in No. Plymouth and graduated the Class of 1947. He took trumpet lessons at  $0.50 a lesson, from there he went to Symphony Hall in Boston where he continued to take trumpet lessons. He played trumpet for many important functions as well as weddings, concerts and many other events.

He was a member of the Plymouth Legion Band since the age of 13 marching in many many parades. Don then formed his own band "Sounds of Yesterday" where they played band concerts and weddings.

He was the secretary/treasurer of the Plymouth Musicians Union for 50 years. Attending many conventions all over the country.

Don enjoyed traveling and spent many winters in Florida. He also enjoyed spending time with his grandchildren, to them he was known as "Bumpa".

Donald is survived by his wife of 72 years (Betty) , his daughter Donna and her husband Ed, son Barry and his Fiance Susana, brother David and his wife Marie of Virginia and a sister in law Judi Besegai of Plymouth. Don also had 6 Grandchildren and 7 Great grandchildren. He is predeceased by his brother Warren and his grandson Kristofer.

Share Your Memory of
Donald
Upload Your Memory View All Memories
Be the first to upload a memory!
Share A Memory
Send Flowers