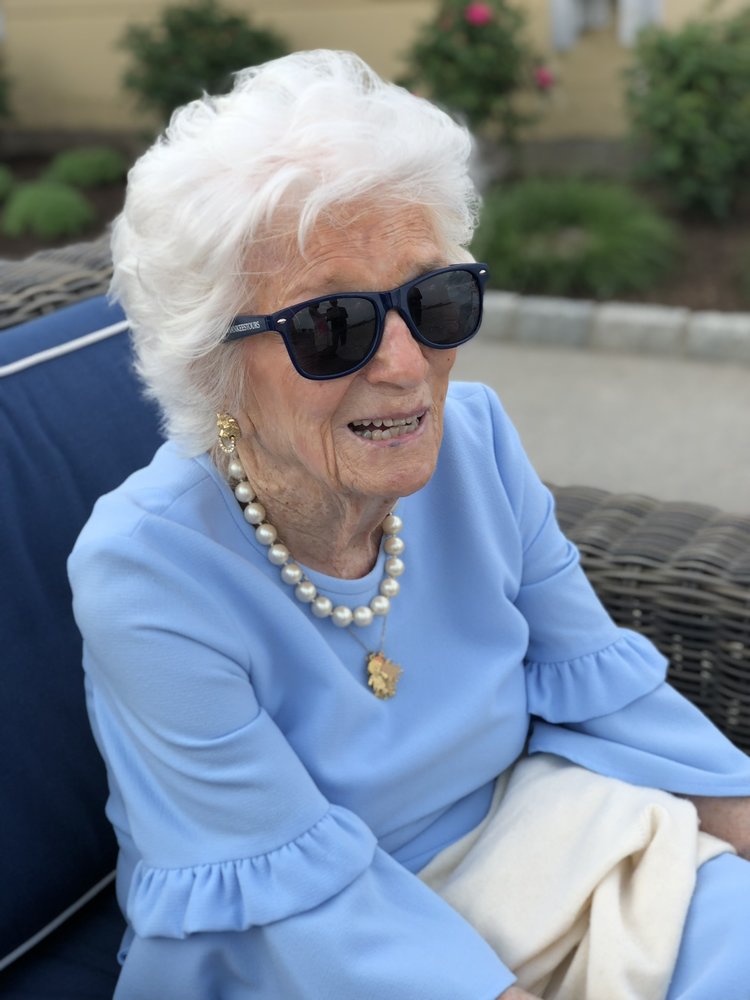 Obituary of Elizabeth A. Humphreys

Elizabeth (Betty) Humphreys was born in Boston during a pandemic. Betty was the wife of Edward (Ned) S. Humphreys and daughter of John Valentine McAuliffe and Agnes McCarthy McAuliffe of Wollaton and Quincy. She lived through the Spanish Flu, the end of WWI, the Depression, WWII, the Polio epidemic, the Korean Conflict, the Vietnam War and she beat COVID-19 while forever remaining an optimist. She grew up in Wollaston, MA, one of five surviving children, in a large extended Irish family with all the hijinks that entails. Betty graduated from North Quincy High School ’37 and Lasalle College ‘39 and had a career as a bookkeeper in Boston and in later years as a Bank Auditor for Hingham Lincoln Trust. She was proud of her business expertise, but her most cherished accomplishment was that of wife, daughter, sister, friend, mother and especially Nana.

She is survived by two daughters: Patricia (Patty) Humphreys Martin and her husband A. Emerson Martin II of New Canaan and Norwalk,CT. and Elizabeth (Betsy) Humphreys Sullivan and her husband Steven (Skip) B Sullivan of Duxbury. Her pride and joy were her grandchildren: Molly Sullivan Mazanec and her husband Jon Mazanec, Trevor Martin and his wife Kaitlin Carey Martin, Tucker Martin and his wife Meredith Vanderwarker Martin, Caitlin Sullivan Galvin and her husband Justin Galvin, Whitney Martin Shiver and her husband Brian Shiver, TeddySullivan, Casey Sullivan Bressan and her husband Andre Bressan, Hadley Martin McDow and her husband Daniel McDow and Tagg Martin and his finance Julia Clark. This achievement was followed by fourteen great grands and two more on the way. Ned, Fin, Bay, Beatrice, Ellie, Jack, Grayson, Georgia, Violet, Graham, Hayden, Belle, June, Grey, with Baby Martin and Baby Bressan in the wings. She had twenty-four nieces and nephews, many that have stayed local and were part of her life to this day. Betty spent many years in Hingham and East Dennis on the Cape. Her final years were spent in Duxbury at the Village of Duxbury, where she made many, many friends, enjoyed her life and of course, served on the Finance Committee. Her spirit exemplified the best of the “Greatest Generation” and for this and so much more she will be greatly missed.

In lieu of flowers the family has requested that contributions be made to: Skip Sullivan's PMC Ride (www.pmc.org) in honor of Nana.

A Funeral Mass will be held on Saturday, March 27, at Holy Family Church in Duxbury at 10am. Interment will directly follow at Mt. Wollaston Cemetery in Quincy.

Share Your Memory of
Elizabeth A.
Upload Your Memory View All Memories
Be the first to upload a memory!
Share A Memory
Send Flowers