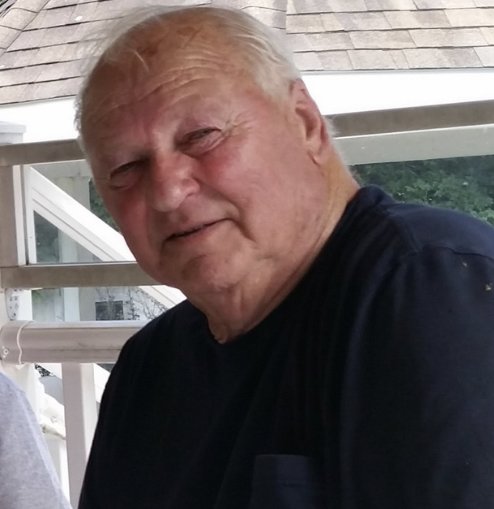 Robert (known by Rob or Bob) was born on November 16, 1937 at the former Jordan Hospital, Plymouth MA, to Ralph and Marian Bailey Blanchard. He along with his older brother Phil and younger brother David spent his childhood in Kingston MA in a neighborhood with cousins and second cousins never lacking for friends, fun and adventures right in his own back yard. Rob frequently remarked that he had the best childhood and loved to reminisce about those “good old days”. He loved baseball and in high school was a pitcher and his best friend the catcher. He would play basketball for hours in his driveway with the neighborhood kids. Cutting up and laughing.

As a junior and senior in high school Bob worked for Wiggins Airways of Norwood in their Helicopter Division, spraying the many cranberry bogs in the region. He was a member of the first graduating class of Silver Lake Regional High School, the class of 1956. After high school he served his country as an aircraft mechanic in the USAF.

After discharge he was employed by Batson Construction as a trainee. He then moved on to his career at Walsh Brothers Construction Company, Boston until his retirement in 2010. Along with his friendliness and love of a good laugh Bob had a serious side to him too. As a Construction Foreman advancing to Supervising Engineer he had to be on his toes and firm with the people he dealt with, dealing with contractors and business people. Many of his projects can be seen on the Boston and Providence skyline. He was very organized, good with people and loved his work.

In addition to his above abilities, Bob was an active member in the Ducks Unlimited, an avid bird watcher, diligently caring for and enjoying his flower gardens and often fed the wild turkeys. He loved a good bowl of fish chowder and would travel long distances if needed, to find one.

Bob was an avid reader. He was a history lover, especially the World Wars and enjoyed a good novel. He loved an evening at Fenway Park, the Red Sox, the Patriots games with friends and family and was a faithful fan of the Cape Minor League baseball games. Bob was a “man’s man” with a big heart.

Bob is survived by two brothers, Phillip of Peterborough NH and wife Jane, David of Melbourne Florida, nephew Gary and wife Linda, and children Gabriel and Deborah of Taunton, MA, nephew Clarke of Cohasset MA and wife Ellen and children Elizabeth,Robert, Mathew and Sarah. He was predeceased by nephew Gordon Blanchard.

Arrangements will be handled by Shepherd’s Funeral and Cremations Services Kingston MA. Due to COVID, a small family gathering to honor Bob will be held at a later date. Remember Bob each time you have a bowl of good fish chowder.

Share Your Memory of
Robert P.
Upload Your Memory View All Memories
Be the first to upload a memory!
Share A Memory
Send Flowers