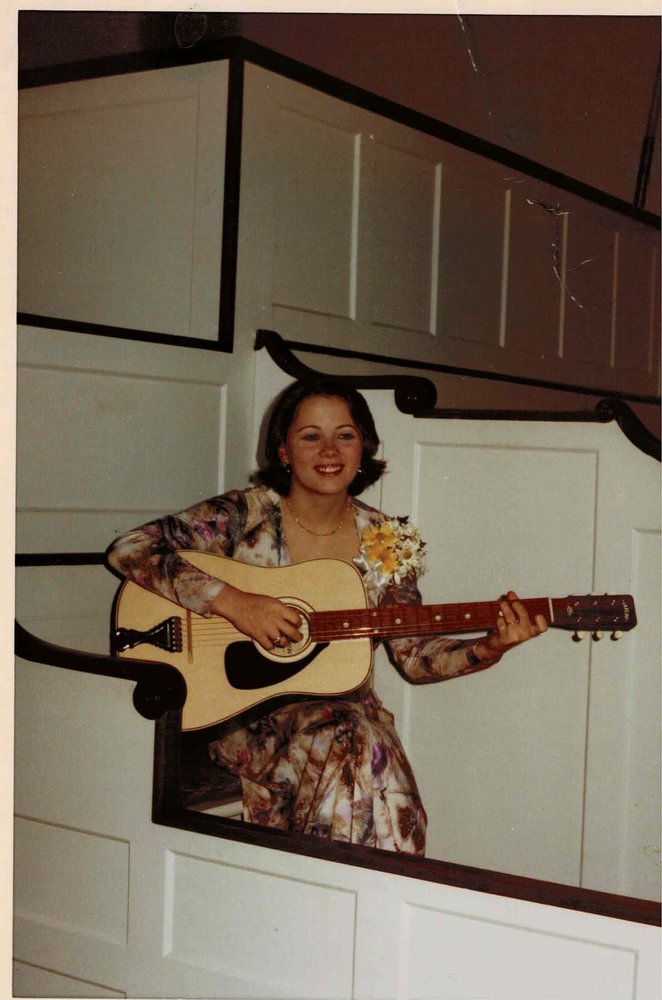 Amy-jo (Bailey) Oliver passed away suddenly the evening of Sunday, February 28th, 2021, at the age of 63.
Amy-Jo (Jody) was born on September 12, 1957 in Plympton, MA. She was the daughter of the late Marjorie (Stevens) and Warren Percy Bailey of Plympton, MA. She is survived by her husband, James Oliver of Stoneville, NC, her daughter and son-in-law, Kristin and Brendan Moore of Carver, MA, grandchildren Mackenzie, Matthew, Madison and Mason Moore, her brother Adam Bailey of Plympton, MA, sister Noelle Riley of Quincy, MA, and several nieces and nephews.

Amy-jo attended high school at Woodstock Union High School, Woodstock VT prior to graduating in 1976 from Sacred Heart High School in Kingston, MA.
Amy-jo was married to Ronald Govoni (now of Fort Myers, FL) in July of 1977. They raised their daughter, Kristin, in their hometown of Plympton, MA. The family moved to East Bridgewater, MA in the early 1990s. Amy-jo was a supporter of her community; Girl Scout Troop leader, EHBS Music Parents board member and many more.

Amy-jo moved to Stoneville, NC once marrying James. She was employed by Tencarva Machinery Company in Greensboro, NC as an accounting manager since 2007 until her passing. She loved her dogs and loved working in her garden.

Jody (as many called her) loved music. She performed in high school schools, talents shows with her brother and father, a member of her church choir in Plympton and a member of Sweet Adelines during the early 1990s. She played several instruments including the piano and flute. However her true instrument was her voice. She was always singing.

Amy loved all her family fiercely. She loved being a grandmother and would travel north yearly to spend time with her daughter and family.

Calling hours are Sunday, from 12-6:00PM at the Fair Funeral Home located at 432 Boone Rd Eden, NC 27288 for those that wish to pay their respects. A private graveside service will be held at 2:00PM, Monday, March 8th, at Guilford Memorial Park in Greensboro, NC.
A celebration of life will be scheduled in Massachusetts at a later date due to COVID-19. Online condolences may be offered to the family at www.fairfuneralhome.com

Share Your Memory of
Amy-jo
Upload Your Memory View All Memories
Be the first to upload a memory!
Share A Memory
Send Flowers