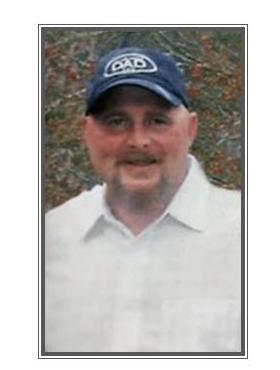 Paul F. Feroli, 52, of Kingston, was welcomed into the kingdom of heaven on September 8, 2020. Paul was the devoted husband of 12 years to his wife Cathy and he adored his kitty Daisy.

Paul was a 1986 graduate of Silver Lake Regional High School. He was an avid New England sports fan, and he loved every minute spent with his family.

Paul also leaves behind his mother Donna Feroli of Plymouth and he was predeceased by his father Stephen Feroli of Pembroke and his grandparents George and Dorothy Reich.

Paul was a loving brother to Gregory and Lisa Feroli of Deltona, FL, Michael and Laurie Feroli of Halifax, Stephen Feroli of Carver, Christopher and Elizabeth Feroli of Ft. Polk, LA, and Timothy Feroli of Plymouth.

Paul also leaves behind his children Paul and Alyssa and 3 grandchildren.

Paul was adored by many aunts, uncles, cousins, nieces and nephews. He was especially close to Mikey, Riley, Travis and Ashley.

He was adored by his father-in-law Michael Graziano and mother-in-law Laurie White as well as his best friend John Pretti.

Share Your Memory of
Paul
Upload Your Memory View All Memories
Be the first to upload a memory!
Share A Memory
Send Flowers