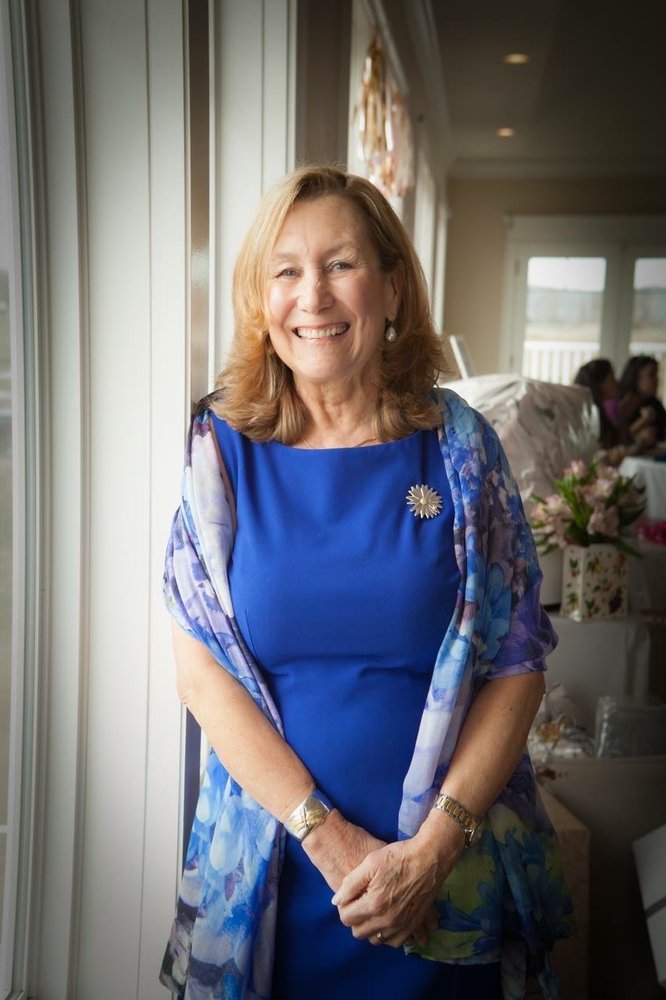 Christine “Chris” (Sassen) Devine, 67, of Duxbury, Massachusetts, passed away on July 20 surrounded by her family.

Chris was born in New York City on July 30, 1952. She was raised in Mineola, New York and graduated from Mineola High School in 1970. She matriculated to Rhode Island College where she earned a Bachelor's and a Master’s Degree in Education. During her freshman year she met her husband, Tom, who attended nearby Providence College. After graduation, Chris taught special education at Scott Elementary School in Warwick, Rhode Island and reading at South Elementary School in Plymouth, Massachusetts until the birth of her first child. For the next 18 years she focused on raising her three children Alison, Dan, and Tommy. She instilled in them a love of reading and encouraged them to pursue their passions in sports, music, and learning. After taking advanced Master’s classes she returned to teaching as the reading specialist at West Elementary School in Plymouth until her retirement.

Chris moved to Duxbury in 1981 and remained a resident until her passing. In the early years of living in Duxbury she made many of her lifelong friends. These friends would gather in the summer at the Duxbury Beach walk-on at their usual spot, the “third crossover to the left.” There, the mothers and fathers could relax while supervising a growing gang of children as they played in the sand and water.  In later years, many of those same friends would meet up on their boats at various spots in Duxbury Bay. Prior to having children, Chris and Tom spent nearly a decade sailing extensively throughout the Cape and Islands and Narragansett Bay. These adventures sailing with friends formed some of her most cherished memories.

Chris spent time volunteering for various organizations such as the PTA and Garden Club and was a founding member of The Paul Fortini Foundation which supported the Duxbury Music Program. She was a lifelong horticulturist and she was most at peace tending to the plants in her beautiful backyard garden. Her favorite flower was the amaryllis, which she would often gift to friends and family for holidays.

Chris is survived by her husband of 43 years, Tom, and her children Alison of Boston, Dan of New York City, and Tommy and his wife Christina of Brooklyn. She also leaves her sister Rita and her husband Frank Bernabei of New Rochelle, New York, and their three children. On her husband Tom’s side she leaves 14 brother and sister-in-laws and 23 nieces and nephews. She is predeceased by her parents Archibald and Josephine Sassen of Rhinebeck, New York and her father and mother-in-law Hugh and Catherine Devine and niece Lauren Devine of Hingham, Massachusetts.

Visitation will be held at Shepherd Funeral Home in Kingston on Tuesday, July 28th from 4-8pm, where social distancing protocols will be observed. A private service will be held Wednesday at Holy Family Church in Duxbury. Burial will follow at Mayflower Cemetery.

During her five-year battle with cancer, Chris always remained upbeat and hopeful. Her family would like to thank the countless long-time friends and family who consistently lent their love and support while providing home-cooked meals and rides to medical appointments. Chris didn’t believe in wishing for “good luck” but rather for “good outcomes.” As demonstrated by the love she both gave and received, her life was truly one of good outcomes. In lieu of flowers, donations may be made to The Duxbury Free Library Incorporated Board, in celebration of Chris’s lifelong love of reading education.

Share Your Memory of
Christine
Upload Your Memory View All Memories
Be the first to upload a memory!
Share A Memory
Send Flowers