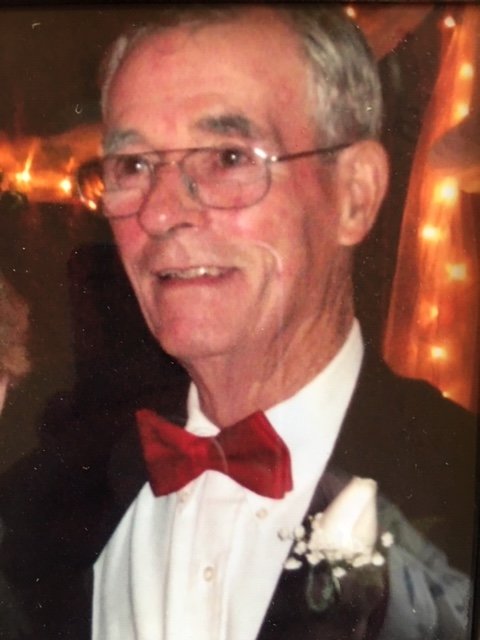 John “Jack” Harrington, husband of Linda (Robbins) Harrington of Carver, MA passed away on Monday January 7 at the age of 83.  Jack was the son of the late Theodore and Margaret (Healy) Harrington. He was born in Boston on January 21, 1935. He is survived by his sisters Jean Croghan, Rose Dunlea and Mary Tucker.   He was predeceased by his brothers Ted, James, Bill and Paul. Jack was the proud father of Theresa and Glenn Craig, Jim and Brenda Harrington, Carolyn and Jay Bolles, John and Ruth Harrington, Mike and Christine Harrington and Dan and Charlene Harrington.  He was also an entertaining and loving “Grandfather” or “Fafa” to 16 grandchildren and their spouses or significant others: Jessica and Thomas Guhin, Jared and Katie Craig, Ashley Craig, Katie and Nathan Kunz, Lacey and Patrick Foley, Victoria Bolles and CJ Calloway, Kelsey Keefe-Harrington, Lauren Harrington, Michael Harrington, Melanie Harrington, Eve Harrington, Bridget Harrington, Ian Harrington, Connor Harrington, Emily Harrington and Lana; and 7 great grandchildren: Alyssa, Jolie, Skylar, Cooper, Declan, Kennedy and Troy; and many loving nieces, nephews and more.  Jack was a friend to all who knew him.

Jack was an Army Veteran of the Korean War and proudly displayed attire from all branches of the military including his own Army Veteran hat, an 82nd Airborne hat provided by his son Michael who served, and a US Navy, U.S.S. America hat provided by his son-in-law Jay who also served.  Jack was a Master Electrician and Electrical Engineer. His work as an electrician can be found in the majority of homes of his very extended family (including over 100 nieces, nephews, great nieces, great nephews, and their families and friends) as well as throughout South Meadow Village and the entire southeastern region of Massachusetts. Everyone knew to call Uncle Jack if you needed anything done.

Jack was an outstanding graduate of Northeastern University where attended night school to earn his Bachelor’s Degree after returning from the service while holding down two jobs (and also raising 6 children with Linda).  He enjoyed employment at Armstrong World Industries in Braintree for over 35 years.  After he ‘retired’ he went to work full time at the Middleboro YMCA for several years and continued to help others with his electrical expertise until November of 2017.

Jack loved to golf, play Cribbage, create huge bonfires, appear in a variety of costumes and generally entertain anyone he encountered.  He grew up in Monponsett graduating from Whitman High School. After wedding Linda he lived in Pembroke and then Rockland where the family grew.  He returned to the family home in Monponsett where was known for his weekend entertainment which included bonfires, music, renditions of the Monster Mash and plenty of food and beverages.  He continued these traditions when he moved the family to Middleborough and when he retired to a home in Carver, sometimes to the disdain of close neighbors. His most recent bonfire was, of course, to celebrate St. Patrick’s Day this past spring.

Jack was especially proud of his Irish heritage and enjoyed a trip to Ireland with his son Jim when Jim graduated from college.  There are many stories there. Jack enjoyed many years of camping at Miles Standish with the family and vacations in the New Hampshire mountains.  Jack and Linda had traveled to Las Vegas to celebrate their 25th anniversary in 1985 and took a trip to Alaska to celebrate his 70th. Most recently he and Linda took a 10 day road trip with Glenn and Theresa that included Gettysburg, Nashville, Memphis to honor Elvis, a stop in Washington, D.C. to meet up with Carolyn and a visit to the Korean War Memorial in honor of Jack’s brother Jim (Red), and a final stop in Atlantic City.  Other than road trips to see Carolyn and Jay and their family in Virginia or Maryland, Jack most enjoyed staying close to home with his loving wife of 58 years, Linda, where he was an avid fan of Judge Judy and Wheel of Fortune, occasionally taking a road trip to Connecticut or Rhode Island.

Visiting hours are Thursday January 10th from 4-8 at Shepherd Funeral Home in Carver. Visitors are encouraged to make donations to Cranberry Hospice in lieu of flowers and to wear green.  A Mass of Christian burial will be celebrated at St Bonaventure’s Parish on State Road in Plymouth, MA at 10:00 AM on Friday January 11.   Interment will follow at the Bourne National Cemetery at 1:15. Erin go Bragh!