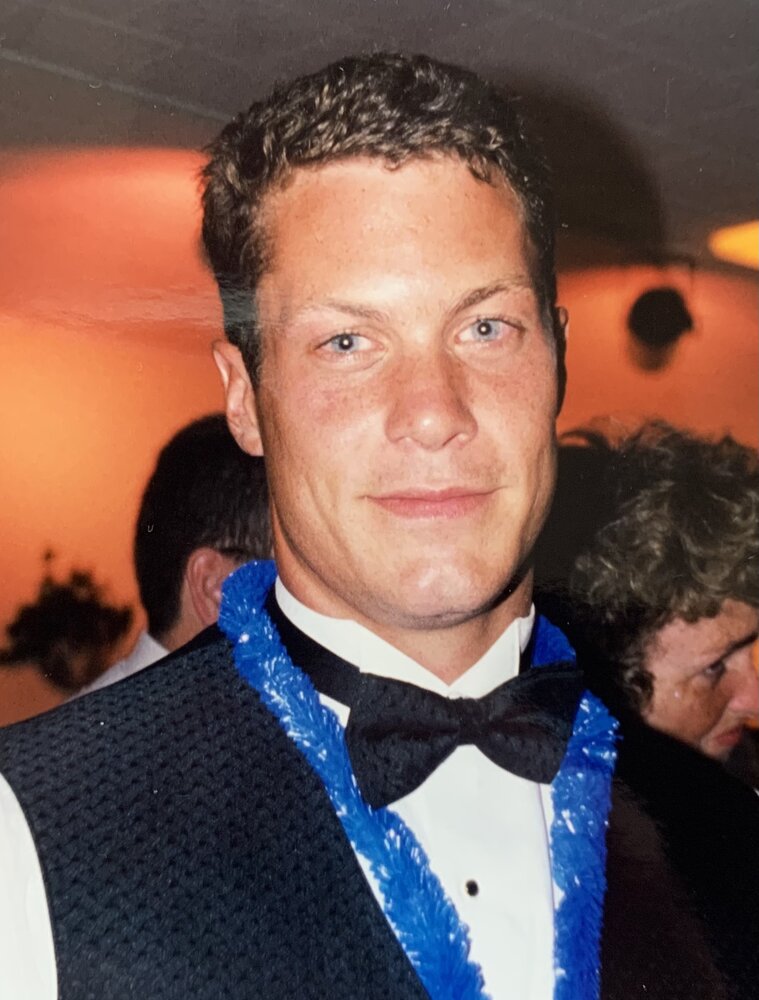 We are so deeply saddened to announce the tragic loss of our beloved Ryan.  Ryan was the light of our world.

He is survived by his loving and caring mother Joanne Woodgate who tirelessly supported him throughout his entire life, and Sam Burchill of Kingston, MA.  His father Brad Woodgate and wife Elaine.  His brother Greg Woodgate and wife Amanda. He is also survived by an enormous support team of family, extended family, great friends and teammates.

He was a 1991 graduate of Boston College High School and a 1995 graduate of the University of Rochester, NY

After a whirlwind summer tour, backpacking throughout Europe and two years "working" the slopes in Jackson Hole, Wyoming, he found his niche in New York City.  He began his career as a commodities broker at Orion Energy services.  In 2008, he co-founded Dorado Energy Services of New York.

Ryan loved sports and anything to do with the ocean.  He played football at Boston College High School and the University of Rochester in Rochester, NY.  He completed four marathons.  His first Boston Marathon was probably his favorite.  He was unable to get a number, so he made his own.  He just wrote "Woody", and they let him run.  As far as he was concerned, he won, for most fans.  Cheers of "Go Woody!" could be heard throughout his entire run.  He also played in the Tri-State Men's Rugby League (Wyoming, Utah, Idaho).

A Funeral Mass will be celebrated at Saint Joseph's Church Kingston, MA on Friday April 8th at 11:00am.

In lieu of flowers, donations in his memory may be sent to Boston College High School.

Share Your Memory of
Ryan
Upload Your Memory View All Memories
Be the first to upload a memory!
Share A Memory
Send Flowers
Plant a Tree