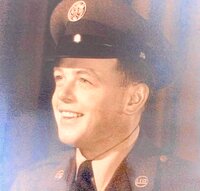 Howard Graduated from New Hampton School in New Hampshire in 1949. Upon graduating, he enlisted in the U.S. Air Force. He served as a military police, where he received the National Defense Service Medal and Good Conduct Medal. He received an honorable discharge in 1954 as a Staff Sergeant. Howard was initiated into the International Union of Operating Engineers, Local 4, in 1955. He retired from Tilcon Quarry in Acushnet in 1993 where he had loved his work as an operating engineer.

Howard had many interests. He loved being on his motorcycle. Just recently he was given a 5 year pin and recognized for being the oldest member of the Upland Rider Motorcycle Club of Plympton. He was also presented the American Flag with his rank and branch of service at the same time . He also rode for the Pediatric Brain Tumor Foundation. He was a member of Social Harmony Masonic Lodge A.F. & A. M. It was through them and the Red Cross that he had donated over 53 pints of blood through his lifetime. He was an avid New England sports fan. Dearest to his heart was hockey. He started playing hockey in high school as a goalie. He continued that position in the Air Force. At one point, he was the goalie for the Wareham Fire Flies, where his son Howard, brother Jim, and nephews Scott and Brett were on the ice together. Other enjoyments included gardening, fishing, historical and fictional westerns, country-western music, word search puzzles, and going out to eat.

Private services, including a Masonic service and a graveside service at Union cemetery in Carver will be held on October 2, 2021. A public celebration of life will be held at the community center building at Meadow Woods Adult Community on Melanie Lane, Carver. In lieu of flowers donations may be made to Shriners International, St. Labre Indian School, or Pediatric Brain Tumor Foundation. To offer condolences please visit www.shepherdfuneralhome.com. Shepherd Funeral Home, Carver.